By Michelle Witte in International on 13 November 2015

ASTANA – Prime Minister of Kazakhstan Karim Massimov and Foreign Minister of Kazakhstan Erlan Idrissov addressed Nov. 11 the closing session of the first meeting of the Astana Club, a new neutral platform operating on Chatham House rules of privacy for dialogue among business and political leaders and experts on pressing issues in Eurasia. 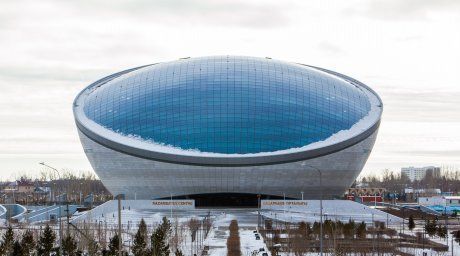 The two men addressed Kazakhstan’s reform progress, the role of China in the country’s economic development, plans for privatisation and other topics. Massimov confirmed his country’s position on a number of economic and political issues and confirmed that Kazakhstan planned to sign next month an enhanced Partnership and Cooperation Agreement (PCA) with the EU.

“Here … we want to create a platform for cooperation on the vast space of Eurasia, a platform of joining efforts, of ensuring the growth of our countries, both political and economic, ensuring the welfare of our peoples,” said Idrissov, addressing the session. “We would like to create a platform to join our efforts in countering the threats that are common to us … We choose cooperation. [Next is] how to find ways and mechanisms to ensure this cooperation and overcome the confrontation mentality – that is a big task and I believe that discussions like yours can provide us food for thought on these matters.”

The inaugural club session gathered representatives from 16 countries across Europe, Asia, the Middle East and North America for three days of discussion in Astana. Meeting topics covered Eurasia’s development, its importance in geopolitics, imperialism and post-imperialism, geo-economics and regional security.

During his introduction and the subsequent discussion, Massimov confirmed Kazakhstan’s view on the Eurasian Economic Union, which he said it sees as purely economic, its interest in bilateral and multilateral cooperation under the umbrella of China’s grand One Belt, One Road project, and its hopes to deepen ties with the EU and continue its “special relationship” with the United States. Massimov noted that Kazakhstan would sign next month the Enhanced Partnership and Cooperation Agreement with the EU the negotiations on which was concluded in Brussels last fall, which President Nursultan Nazarbayev alluded to in October.

In the final session, participants praised the new club, asked about Kazakhstan’s ongoing economic and political development plans and made suggestions.

Western participants including Director of the Centre for Eurasian, Russian and East European Studies at Georgetown University Angela Stent and Secretary-General of the Parliamentary Assembly of the Organisation for Security and Cooperation in Europe (OSCE) Spencer Oliver noted the Astana Club’s value as a chance for Russia, the U.S. and the EU to discuss their differences on a neutral ground.

Remarking upon the 40th anniversary of the Helsinki Act, a 1975 effort to improve relations between the West and the then-Communist bloc, Oliver noted that the crisis in Ukraine and the ensuing stand-off between Russia and the West made it difficult to consider the anniversary a celebration, making the dialogue ptalforms like the Astana Club critically important. “Forums like this are an opportunity to discuss our differences over those matters and to determine whether or not the funeral might actually be a resurrection of some kind,” he said. Such gatherings “can bring together a lot of ideas and a lot of expertise and brainpower to try to address these problems, and hopefully in the future the Astana Club can become one of those forums where some solutions to the problems that exist can be found and that some differences can be resolved.”

Much of the discussion focused on developing the economy of the Eurasian region. “It’s good to have this unique place in Astana to talk so frankly and openly about all these global topics,” said Stefan Meister, head of the Programme for Eastern Europe, Russia and Central Asia of the Robert Bosch Centre of Germany’s Council on Foreign Relations. “It could be really a brand which is needed to build this bridge between Russia, Europe and Asia … I think this should continue.”

Speaking to reporters after the event, Meister said the economic focus of the meeting was a positive sign. “I think the positive side of this meeting is that we focused on geo-economics and not geopolitics, and that we really pointed out that there is a chance here, in Central Asia, to maybe not to focus all the time on what divides us. As a European coming from Germany, we have at the moment this crisis with Russia, Crimea, Ukraine … I think that’s so much dominating all the relations, so much dominating also economic relations. I think this meeting gives some hope that – we cannot forget about this – but we can shift strongly to economic topics and to economic cooperation and common benefit.”

Regarding economic development, Kazakhstan was lauded for taking action to reform during a period of low oil prices, namely with its 100-step Plan of the Nation to implement the five institutional reforms Nazarbayev campaigned on in the spring. Answering questions, Massimov said the three most crucial steps would be enhancing the rule of law, developing the Astana International Financial Centre and the privatisation of national companies, for which it will shift to the OECD classification of foreign direct investment and make other legislative changes.

This privatisation, he said, would be done with the cooperation of international financial institutions to ensure its fairness and transparency. He also stressed that there would be no geographical limits or quotas on investors; rather, he said, Kazakhstan will be looking for which potential partner can bring the best combination of technology and expertise to the country.

Commenting on Kazakhstan bridging East and West, Chairman of the Pakistan-based Burki Institute of Public Policy Shahid Javed Burki counselled participants not to forget to look south to Pakistan, India and Afghanistan. There is a very large, very young population in that part of the world, he said, “and you can expect the young to be both dynamic or disturbed. And it’s going to matter for the world which way South Asia goes, particularly Afghanistan.” Burki also noted that Pakistan would receive the biggest chunk of Chinese investment in its massive One Belt, One Road initiative – nearly $50 billion, or one-seventh of the entire amount. This will also open huge opportunities, he said.

Gary Litman, vice president of Global Initiatives of the U.S. Chamber of Commerce, said that the U.S. would also be watching the privatisation process, and urged Kazakhstan to move quickly. While there will be a drawdown in the U.S. troop presence in the region, “there will not be a drawdown in the American commercial presence. We are very encouraged by the promises of [investment] and privatisation processes. All of that will create opportunities for us,” he said. He said he hoped for more representation of Kazakhstan’s business community at the next session.

S. Frederick Starr, chairman of the Central Asia-Caucasus Institute and Silk Road Studies Programme of Johns Hopkins University said that Kazakhstan’s reform project represents “commendable” activity undertaken in a period of crisis, supporting the security of Central Asia by making it prosperous. The project “is good for Kazakhstan; is good for the region,” he said. “It is good for each of our countries and it is good for all of our countries together. So it seems to me very, very important that we each leave here and see what we can do in our own countries to advance this agenda. … It’s in our common interests, and it’s the best way to build security. … We should all together be pushing in that direction.”

Idrissov noted that in its quest for growth, Kazakhstan rejects the idea of competition within Central Asia. Kazakhstan, he said, does not celebrate when its growth exceeds the rest of the regions. “Our policy is to make every state in Central Asia prosperous and successful – that will make our region stronger, and will make it more resilient to future challenges, and that is one of our development priorities.”