Kazak kuresi, or Kazakh wrestling, is an old sport with roots stretching deep into history. Since ancient times, nomads of the Great Steppe have mastered martial arts, which helped them to survive in an environment of constant conflict and warfare. The 2015 celebration of the 550th anniversary of the Kazakh Khanate serves to highlight the significance of Kazak kuresi in the life of Eurasian nomads, as the sport is not only gaining popularity among Kazakh people, but has gone global. 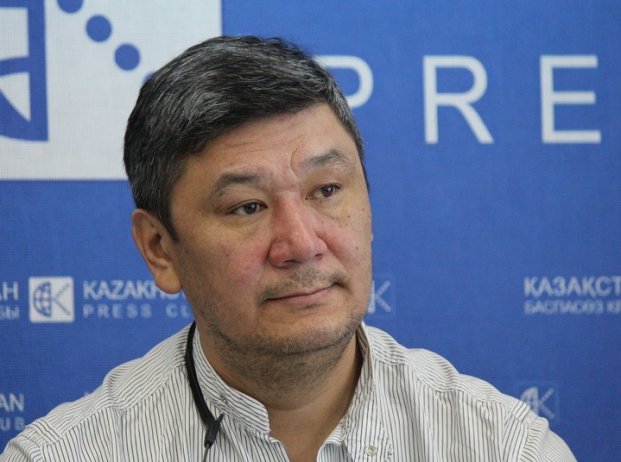 The culture of nomadic civilisation has been related through Kazakhstan Barysy (Kazakhstan’s Snow Leopard), an effort which through the years developed into Eurasia Barysy, then Alem Barysy (The World’s Snow Leopard). President of the Kazak Kuresi Federation Arman Shurayev shared his views on the development of this project.

In honour of the celebration of the historical anniversary for the Kazakh people, what projects is the federation working on?

As you know, the main large-scale event associated with the celebration of the 550th anniversary of the Kazakh Khanate took place on Oct. 8-9 in the city of Taraz. In the framework of this event a traditional Eurasia Barysy tournament took place. It brought together eight teams from Turkic-speaking countries.

Kazak kuresi has a history of several centuries. Since ancient times, it was assumed that sponsors and those who provided significant support for this sport were khans. They used to organise large tournaments involving the best wrestlers from among the warriors. The event was comparable to military exercises. Then, in peacetime between wars, khans initiated large competitions in Kazak kuresi to support the fighting spirit of the soldiers. At that time, the winner of a competition received an altyn tai tuyak – a gold medallion the size of a horseshoe. The gold was of great value and the prize could feed a family and even more kin of the batyr – the warrior – for several years. Nowadays, we try to follow this precedent. As a prize, we give out a gold ingot weighing 777 grams, which is handed to the winner of the Kazakhstan Barysy tournament. 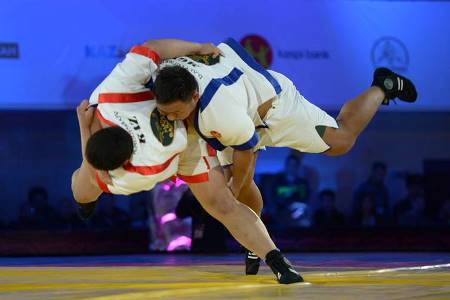 This can be judged based on official statistics of the Kazakh Ministry of Culture and Sport. In 2010, when we started the project, the number of people engaged in national wrestling in Kazakhstan was about 30,000. Today, their numbers exceed 120,000. The number of wrestlers has quadrupled in five years. Thereafter, it affected the quantity of sections in which athletes were engaged, besides opening additional workplaces for coaches. We can say that Kazak kuresi is already becoming a real sports industry. If parents were previously reluctant to send their children to engage in national wrestling because it was considered to be a ‘decorative’ sport with no future, now thanks to the work of the federation and the Kazakhstan Barysy fund, people purposefully engage in this sport. I think our national wrestling is now experiencing a rebirth.

The popularity of this martial art is gaining momentum. This can be illustrated by the expanding geography of its tournaments. Before there was Kazakhstan Barysy, then the Eurasia Barysy project was developed and later the Alem Barysy competition began at the world level. In addition, there is a Zhas Barysy (Young Snow Leopard) project, which will be held for the fourth time. The competition has taken place in Kyzylorda, Pavlodar and Taldykorgan. This year it will be held in Karaganda. It is gratifying to observe that while in the past this type of wrestling had traditionally been developed almost exclusively in the southern regions of our country, now the popularity of Kazak kuresi is growing in our northern regions, too.

To what extent is Kazakh wrestling interesting to people abroad?

We hold the Eurasia Barysy annually and athletes from many countries of Europe and Asia enjoy coming to this tournament. In turn, Alem Barysy gathers heavyweight fighters from all five continents of the planet. In most cases, those athletes who came to our tournament are now engaged in the promotion of this form of martial arts at home. For example, the Cuban fighter who won our Alem Barysy tournament has developed the sport in Cuba. Now, they have about 500 children engaged in Kazak kuresi.

If approaching it objectively, our wrestling is no less entertaining to watch than Greco-Roman wrestling, which is included in the Olympic programme. Kazak kuresi is not inferior to judo, freestyle wrestling or sambo. I think we have a good chance to at least make it part of the programme of the Asian Games. Then, we will see what will happen.

As a television professional myself, I can say that sports channels such as Russian Boyets (Fighter) or Turkish TRT AVAZ that broadcast our very long tournaments in Kazak kuresi would not have been paying for more than six hours of air to show something that is not interesting to their audiences. In Turkey, they can measure TV ratings every minute; consequently, they can track the number of viewers during the broadcast of the tournament. According to their observations, the audience of Kazak kuresi is increasing and reaches its peak by the finals.

In our country, the rating of the Kazakhstan TV channel during the broadcast of tournaments comes to 36 percent in the equity ratio, which means up to 7 million people may be watching the competitions on TV screens. This suggests that the tournament is interesting not only for the domestic audience, but also far beyond the borders of our country.

This article first appeared in Liter newspaper and is translated and used here with permission.