By Kamila Zhumabayeva in Culture on 5 October 2015

ASTANA – The first season of Kazakhstan’s Children’s Philharmonic opened with the children’s opera “Kambak Shal” at Astana Congress Hall Oct. 1. Kazakh composer Zholan Dastenov wrote the opera in 1979. His son Aliaskar Dastenov attended the premiere and rehearsals of the opera. 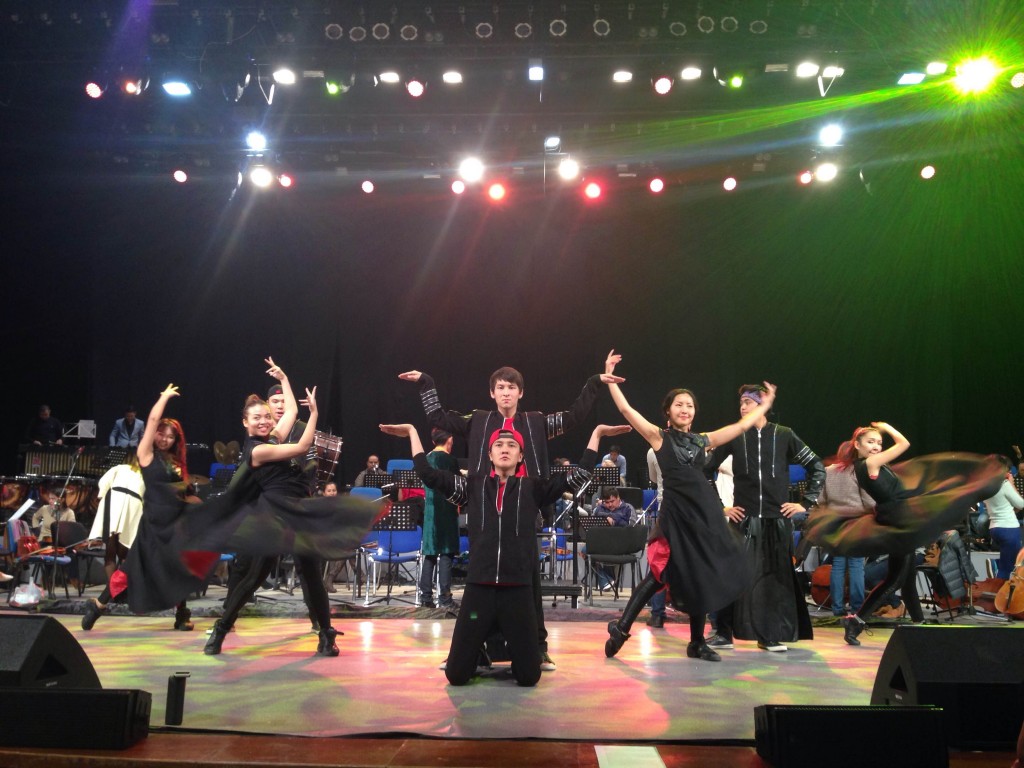 Performers of the the Children’s Philharmonic rehearse the children’s opera “Kambak Shal” at Astana Congress Hall on Sept. 30.

The opera was first staged by the Abai Opera and Ballet Theatre in Almaty in the 1980s, but hadn’t been staged for more than 20 years.

“Time will tell how the composition will go now, how often it will be played and how popular it will become. The music is very interesting … children like to participate in this opera,” Dastenov, who also teaches sound producing and designing at the Kazakh National University of Arts, told The Astana Times during a Sept. 30 rehearsal held the day before the premiere. “I feel excited that the composition will finally be played. It seemed to me it was undeservingly forgotten and all notes were lost. … It has appeared that this whole heritage is alive and will be in demand I hope,” he said.

“It is worth noting that this is the only [children’s] opera in the Kazakh language. Our children listen and know a lot about different types of music, however, they are not attracted to classic music, be it opera, ballet, symphonic or other compositions. It is made for adult perception … while the text, music and content in the children’s opera is, most importantly, more clear and easier for children to understand,” Kazakh cultural figure, academician of the Russian National Academy of Design and Professor of Arts Ermek Assylkhanov said.

Assylkhanov believes other composers will emerge later and will write opera and symphonic compositions for children. He admires children’s opera, choreography and modern interpretations of some performances. He emphasised, however, that historical symphonic compositions like “Otrardyn Kuyreui” (The Last Day of Otrar) and “Sketches of Alatau” were also staged within celebration of the 550 years of the Kazakh Khanate and other significant events that are being held in the country.

“We have an opportunity to use the symphonic orchestra of adult philharmonics where more than 60 musicians are involved, like Daulet Muratbekov’s choreographic team whose dance shows made ‘Kambak Shal’ very vivid, expressive and entertaining, and the work of our chief director, Marina Garbuz, who is the second organiser of children’s philharmonics,” organiser of the Children’s Philharmonics Nadezhda Voinova said.

“We want children to be involved in the production process at our philharmonics, not only as artists of a big stage opera like ‘Kambak Shal’ and know only national culture, but to be also attached to a grand culture of all times and nations, as we want to raise the heritage created during Soviet Union times when many operas were written for children,” Voinova said.

According to her, the philharmonic plans to stage musicals where children will sing and play main roles. The “Pippi” musical by famous composer Vladimir Dashkevich is planned for the end of the spring season. 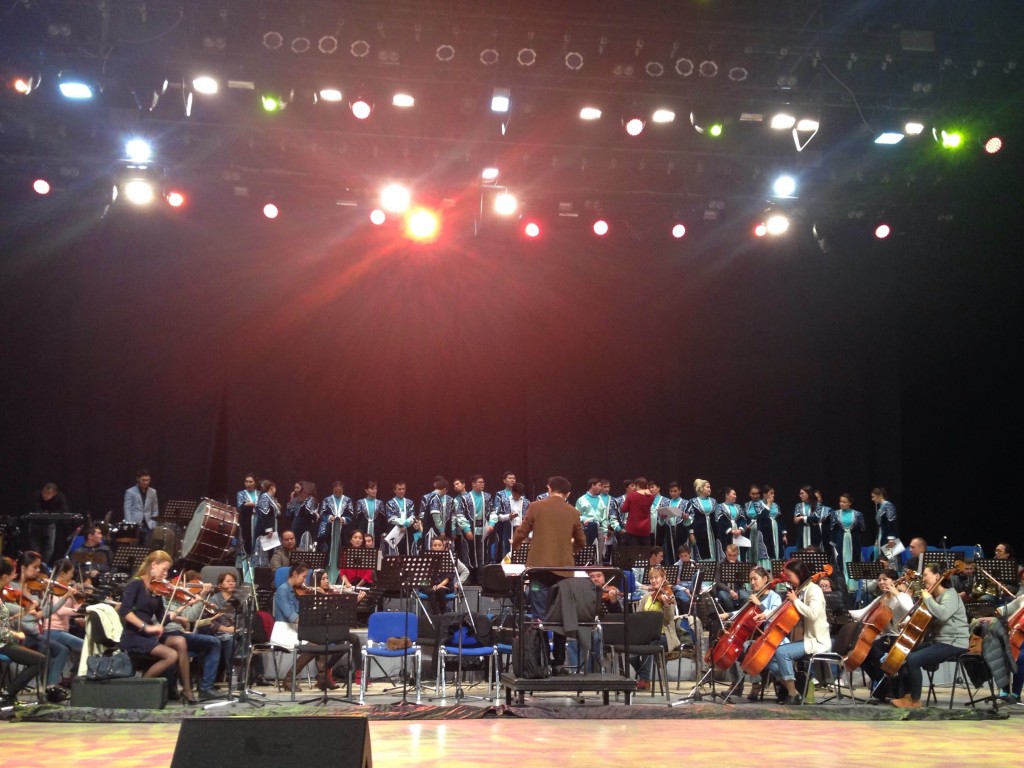 Performers of the the Children’s Philharmonic rehearse the children’s opera “Kambak Shal” at Astana Congress Hall on Sept. 30.

“We are very happy that he is cooperating with the Children’s Philharmonic in Astana. He sent us a full score of the ‘Pippi Longstocking’ musical. It is very joyous that many composers from Russia want to cooperate with us, send us their artworks,” the organiser said.

The philharmonic is also looking for financial sponsors.

“Many kinds of help would be in need due to the fact that the Children’s Philharmonic is a public association that doesn’t have financing,” Voinova noted. “The project is not an upmarket one, for example, participating in children’s choreographic and choir studios of the Astana Opera is quite expensive but children on stage here obtain the unique skills of young actors, dancers and singers for free.”