By Michelle Witte in Business on 29 October 2015

ASTANA – Kazakhstan was among the top 10 economies showing the most improvement in the World Bank’s 2016 Doing Business report released Oct. 27. The country leaped 12 places on the list since 2015 to 41st place in the Ease of Doing Business ranking among 189 economies. 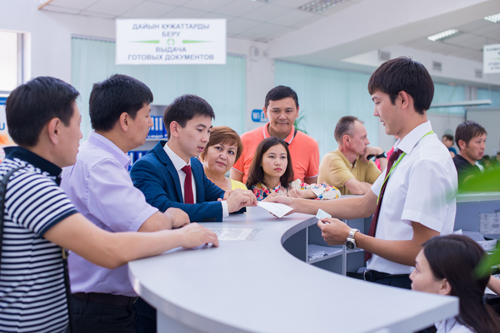 The other economies among the 10 most improved were Costa Rica, Uganda, Kenya, Cyprus, Mauritania, Uzbekistan, Jamaica, Senegal and Benin. Kazakhstan was also among only 12 economies to enact four or more reforms making it easier to do business.

“Economic activity requires sensible rules that encourage firm start-up and growth and avoid creating distortions in the marketplace,” the report begins. “Doing Business focuses on the rules and regulations that can help the private sector thrive. … Doing Business measures the presence of rules that establish and clarify property rights, minimise the cost of resolving disputes, increase the predictability of economic interactions and provide contractual partners with core protections against abuse.” The data highlight the important role of governments and government policies in the life of domestic small and medium-sized firms, and the report aims to encourage regulations that are designed to be efficient, accessible and simple, it said.

Kazakhstan also improved slightly in registering property, enforcing contracts and getting credit, while losing ground in getting electricity, paying taxes and trading across borders. The country’s single best ranking is in enforcing contracts, in which it holds ninth place. (There were no specific regulatory changes listed as reasons for the changes in categories in which Kazakhstan lost ground.)

Protecting minority investors, the area of the most advancement, was improved through new provisions requiring immediate disclosure of related-party transactions and detailed disclosure in annual financial statements, expanding the way evidence can be obtained at trial, requiring that changes in the rights associated with shares be subject to approval by a two-thirds vote by affected shares, prohibiting subsidiaries from acquiring shares issued by their parent company, and requiring disclosure of information about board members’ other directorships and their primary employment.

Resolving insolvency was made easier by allowing creditors to begin reorganisation proceedings and encouraging sales of assets as a going concern; the country also improved its bankruptcy regime by authorising post-commencement finance and granting it priority over existing unsecured claims, the report noted.

Dealing with construction permits was eased by eliminating the requirement to obtain a topographic survey of the land.

Registering property was made easier by eliminating the requirement to obtain a technical passport for the transfer and to have the seller’s and buyer’s incorporation documents notarised.

Getting credit was made easier by adopting a new law on secured transactions allowing a general description of some assets granted as collateral.

Only countries making reforms in at least three of the 10 categories were considered for the top 10 improvers. Regulatory changes making it more difficult to do business were subtracted from the number of those making it easier, and the economies were ranked on the distance to the frontier score of the previous year.

The choice of the most improved economies is determined by the largest improvements in the distance to frontier score – the best performance observed on each of the indicators across all economies in the Doing Business report since 2005 – among those with at least three reforms. According to the report, the top 10 improvers implemented the most reforms in starting a business, followed by getting credit, getting electricity and registering property.

The Doing Business report was slightly changed this year, introducing changes to five of the 10 indicator sets. The changes have two main goals, according to the report: to expand the focus of indicators measuring the efficiency of a transaction or service to also cover the quality of that service; and to expand the focus of indicators already measuring the quality of regulation to include recent good practices. Indicators of quality were added to indicator sets for registering property, dealing with construction permits, getting electricity and enforcing contracts. Trading across borders indicators were also modified to increase their relevance, the report said.