ASTANA – The Kazakh Student Community in Austria is keeping readers informed about its activities in more than one language, as the group released the second issue of the Sakssaul bilingual journal. The pamphlet was presented Oct. 17 in Vienna and three days later in Kazakhstan during a visit by an Austrian delegation. 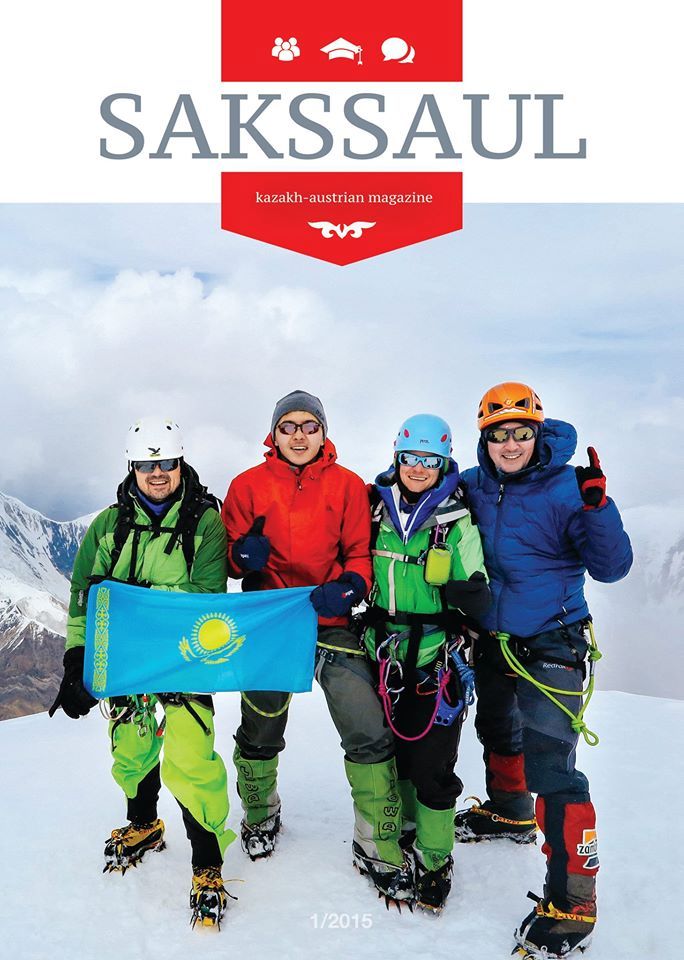 The first issue of Sakssaul came out in the spring. The publication covers four areas of Kazakh-Austrian relations: politics, economy, culture and education.

Kazakh students studying in Austria generated the concept for Sakssaul. Before launching the journal, the Kazakhstan Student Society released its own informational brochure.

“The preparatory work took a while. We had no problems with the ideas for publication. It was difficult to find financial support for the start. But in the end, we were able to enlist the support of various Austrian companies. For example, the first issue was supported by Austrian Airlines, Ritz Carlton Vienna, Andritz, Doppelmayr and Far Freight, as well as some federal ministries in Austria represented by deputy ministers,” said Sakssaul chief editor Nursultan Akhmediya in a recent interview with The Astana Times.

The print run of the publication was 1,000 copies. Two issues were released this year, although the student society is proposing a switch to quarterly publications. Journal materials are published in Kazakh and English. While Austria is a German-speaking country, students chose English as a second language and the journal targets an audience consisting not only of Kazakh people living abroad, but representatives of international business. Some future articles may be published in other languages, including Russian and German, said Akhmediya, adding that there are plans to create a website.

Sakssaul means haloxylon in the Kazakh language and the name was not chosen by accident.

“Everyone knows that it is a tree growing in the desert and which is on the verge of extinction in Kazakhstan. But in spite of that, it never ceases to fight for its existence and its place in the sun. In addition, the abbreviation of Kazakhstan Student Society in Austria (KSSA) is hidden in it,” he stated.

Students try to write as objectively as possible, achieving that goal by inviting competent people to cooperate. The political section in the second issue featured an interview with Kazakh Ambassador in Austria Kairat Sarybay and the article in the economic section included comments about the pros and cons of Kazakhstan’s accession to the World Trade Organisation (WTO) from well-known Kazakh political analyst Dosym Satpayev. The students also actively cover education and culture.

“While preparing materials about Kazakhstan it is important for us to be objective, because not only Kazakh students read our journal, but also representatives of Austrian businesses, diplomats and others. Therefore, we want to attract more reputable authors to our publication, both from Kazakhstan and from Austria,” added Akhmediya.

The Sakssaul team is composed of creative and ambitious Kazakh students who are willing to make every effort to attain quality results. The journal does not attract professional publishers and designers, which allows the students to implement all their ideas.