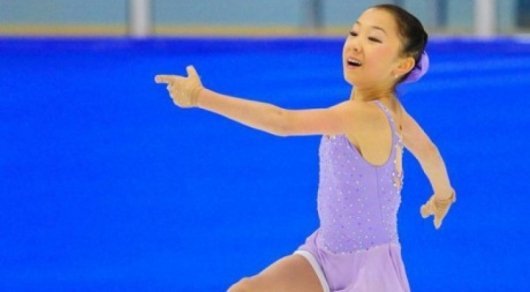 Tursynbayeva was in second place after the short programme, but won the free skate to win the tournament. Haruka Imai of Japan came in second with 174.89 points and Angela Wang of the United States was third with 172.36 points.

The young Kazakh skater came in fourth at this year’s Junior World Championship in March and made her adult skating debut only in mid-summer. She is the Kazakhstan 2015 National Champion and in September took silver at the 2015 U.S. International Figure Skating Classic in Salt Lake City, Utah. She moved to Toronto, Canada, in May and works with Canadian coach Brian Orser.

Tursynbayeva’s next competition will be the Grand Prix Skate America on Oct. 23–25, according to Vesti.kz.