ASTANA – The second Polifonia International Literary Festival will take place Oct. 29 – Nov. 1 in Almaty. Kazakh authors and foreign guests will participate in lectures, roundtables and master classes, as well as perform for professional writers and for those who are interested in literature. One of the guests will be Bakhytgul Zarkumar, an ethnic Kazakh who lives and works in Mongolia. 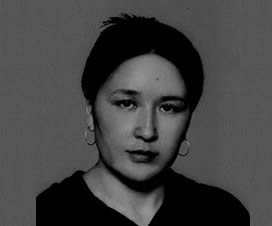 Poet and translator Zarkumar was born in 1974 in Ulaanbaatar. She is a winner of several poetry contests, including one among Kazakh poets living in Mongolia. She is a holder of the gold medal of the Union of Mongolian Youth. She writes poems in the Kazakh and Mongolian languages and translates Mongolian and Russian poets into Kazakh.

She says she was inspired by the atmosphere of Mongolian life and was filled with it since her childhood. “Mongolia is where Genghis Khan was born, the place of pristine nature, endless sky and the proud peaks of the Altai. In general, Mongolian nomadic poetry conveys the free spirit of the people. It is an energetic folk poetry with a strong foundation. It is no accident that Kazakh and Mongolian poetry have much in common. Our peoples have a similar way of life, a common past,” said Zarkumar in an interview on the official website of the festival.

The young author has also created a Facebook community – The poetry of Mongolian Kazakhs – where she also posts her translations of modern authors. She started writing poetry at a young age.
Later she became interested in translating. She said she was inspired by Russian poet Marina Tsvetayeva. Later she discovered other Russian authors, including Sergei Yesenin, Konstantin Batyushkov and Nika Turbina.

Zarkuman admits that all her works have a lyrical element. “My poems are my life. I cannot write about feelings I have not experienced. The poet must be honest with himself. If not, it is ridiculous to wait for honesty and understanding from others. In general, I think that the work of any writer grows out of personal experiences,” she stated.

The main aim of the Polifonia Festival is to promote reading and the development of Kazakhstan’s book publishing and literature, as well the formation of a high-quality literary space in the country. As a result of last year’s festival, works of Kazakh writers have gone to Russia, Europe, Southeast and Central Asia. The visitors had the opportunity to get acquainted with the works of writers, philologists and translators of those regions. The event is organised by the Almaty Open Literary School with the support of the City Department of Culture and Almadeniet Public Fund.