By Kseniya Voronina in Business on 5 October 2015

ASTANA – Minister of Agriculture Assylzhan Mamytbekov recently announced that the government will continue subsidies for healthy agricultural businesses, but will no longer support non-competitive agricultural enterprises. 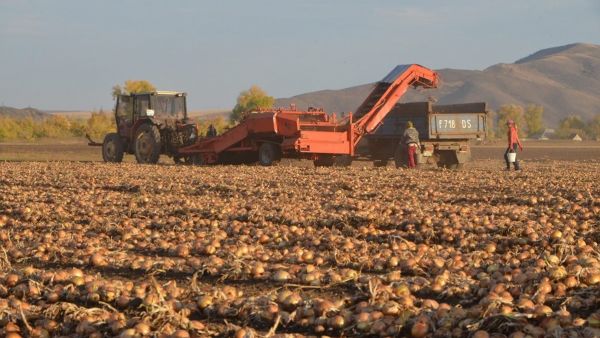 “The concern about further farming subsidies is growing. I can say that the agricultural sector will receive governmental support. As stated in our development programme, we are going to increase subsidies by 2020 by five times the amount provided in 2013. From our side, we expect the growing efficiency of agricultural enterprises,” said Mamytbekov.

It is expected that a new approach will be implemented in 2017. The minister drew attention to the fact that the growth of support correlates with the productivity growth of companies. Therefore, large enterprises showing better performance, will receive greater support.

“Some businesses became unproductive because they receive state subsidies. For example, there are several poultry farms, which don’t sell even 70 percent of their production’s capacity. They usually produce about three tonnes of meat per year. However, such companies continue existing because all of their losses are covered by subsidies,” explained the minister.
According to him, as a result, the law of the market in which only the strongest survive, doesn’t work.

“It disturbs business development in the country. New and, perhaps, more efficient enterprises can’t enter the market as it is fully occupied. The government shouldn’t sponsor non-competitive enterprises,” admitted Mamytbekov.

He also recalled the example of the international practice in which subsidies are allocated mainly for infrastructure development and in order to improve the quality of enterprises.
“The government should support basic branches like science, veterinary and phytosanitary measures as well as access to cheap credits and leasing platforms. This is the basis to provide for the healthy growth of competitive enterprises,” concluded Mamytbekov.