By Kamila Zhumabayeva in International on 23 October 2015

ASTANA – French Ambassador Bérengère Quincy spoke extensively about the upcoming 21st United Nations Conference on Climate Change (COP21) during her Oct. 19-22 visit to Kazakhstan. She had a number of consultations with Kazakh experts about the meeting, to be held Nov. 30-Dec. 11 in Paris, and presented a lecture Oct. 21 at KAZGUU University. 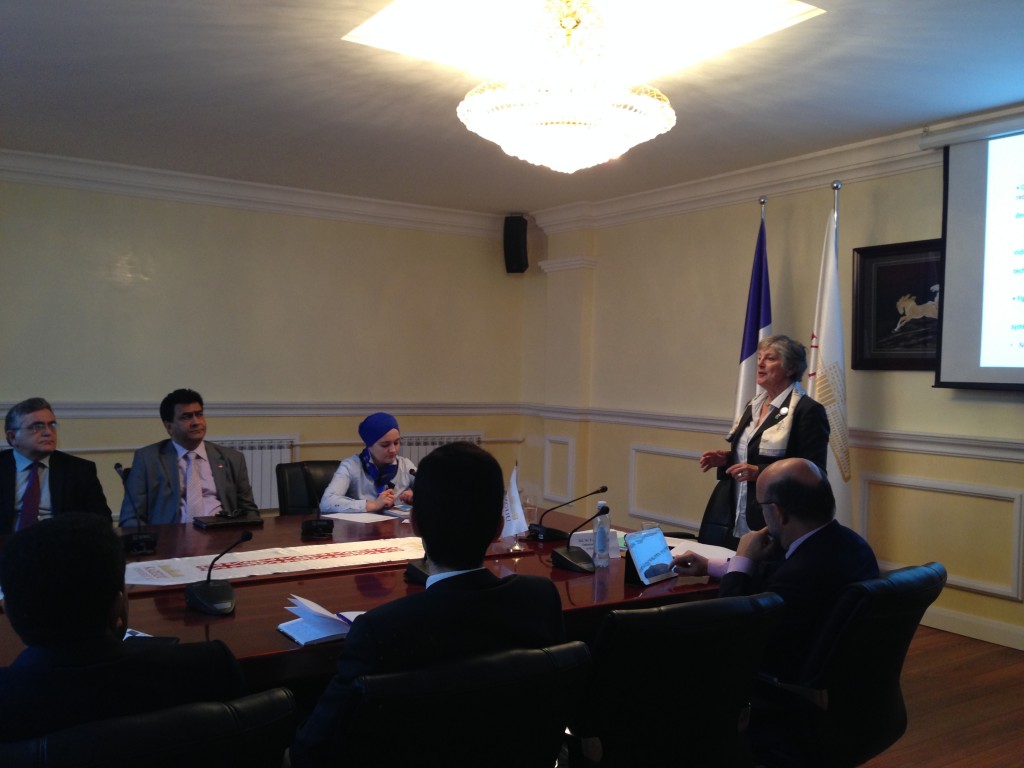 “The mission of СОР21 is very important for the future of the French presidency, to make sure that every participating country is at ease with what is to happen and also to have an opportunity to offer what they want on the issue. I talked to Kazakh authorities to explain our intentions for COP21 and expectations in this regard,” Quincy told The Astana Times after the address.

Kazakhstan has already adopted a large number of plans, policies and measures in order to contribute to the battle against climate change, she added. That fact will ensure the country will be welcomed and have an opportunity to express its view at the convention, she noted.

“Kazakhstan will host EXPO 2017 on an issue that is at the heart of what we are working on and will have a lot to offer for COP21, which in its turn will also be a wonderful opportunity for Kazakhstan to promote the exhibition,” added the ambassador.

Kazakhstan has made considerable efforts to take part in the global process and recently initiated its own national proposal for reducing greenhouse gas emissions.

“The situation is urgent and needs action – the need to integrate parameters to adapt to present situations now and to fight climate change that is a part of our global problem. So to say, agriculture cannot generate enough profit and will certainly immigrate, which is a big problem caused primarily by climate change and that has consequences for global changes in our world. The challenge that we face is an international security one after all,” stressed Quincy.

The consequences for regional and global security and the possibility of social-economic development in the world are strongly affected by the climate change phenomenon, she said.

“We want countries to become more economical in terms of energy consumption, to become more stable and resilient to changes. We want to organise an international agreement and system in Paris which would become a positive signal for the whole world,” noted Quincy.

The envoy added it is important for ordinary people to concern themselves with climate change and preserving the eco system. If those steps are not taken, difficult consequences such as increased droughts, decreased water in storage reservoirs, complete disappearance of glaciers and more frequent floods will occur as a result.

“Supposedly, decreasing space and precipitation is a problem for agriculture and cattle breeding, an unforeseen phenomenon like a hurricane and that people know about as well will be increasing. Everybody knows and understands clearly and can take action to do something which is not only battling, but also adapting to new situations,” said Quincy.

The Kyoto Protocol signed in 1997 was very ambiguous, especially because some countries have not taken it seriously and others are not even members, she claimed.

“The protocol was very limited. We couldn’t come to an agreement, thus it will be expended. What is the centre of attention is that it needs a receiver. China, and not the U.S, is the country that is first in relation to greenhouse gas emissions now. We now can create a collective system of international cooperation that allows all in relation to potential to contribute to this global process, meaning it is an innovative negotiating process that we have already been working on for more than five years,” the envoy concluded.

COP21 will be held in the Paris-Le Bourget exhibition complex, according to an embassy press release. The new international climate agreement, applicable to all countries and aimed at reducing greenhouse gas emissions, is expected to be signed by the end of the convention.