ASTANA – Football Club (FC) Astana inspired the entire nation Sept. 30 in a home game against Turkish Galatasaray, when the team unexpectedly drew 2:2 in the last minute of the nail-biting match after trailing by one goal throughout the game. 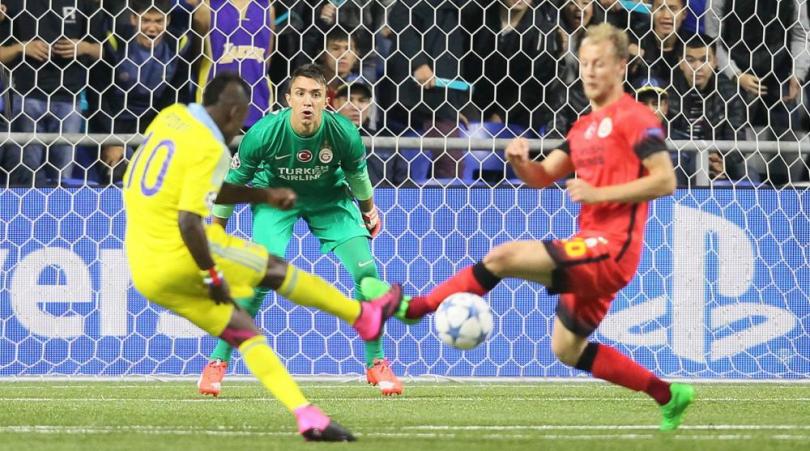 The roller-coaster of a match started somewhat slow, relative to early predictions by fans and experts. Galatasaray pressured Champions League rookie Astana from the start of the game; numerous attempts were fixed in front of Astana goal keeper Nenad Erić but were futile.

The home team didn’t look optimistic and didn’t seem to put too much effort into chasing the ball. The visitors looked confident and kept the game under control and in the 31st minute Bilal Kisa sent a long-range ball, assisted by Wesley Sneijder, past Erić to give his team the lead. That was the only produced goal of the game: as it turned out, the other three were all own goals.

Astana needed to control the game and make Galatasaray play their game, but they failed to do so until the end of the first half. 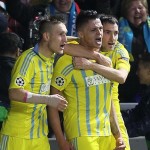 In the second half, the home team started its offensives and things started to happen for the team. Most importantly, they started to make their guests feel pressured for the first time. It was a different Astana team, more mobile, well-balanced, aggressive and hungry to come back. Although Kazakhs are famed for being overly hospitable, that was not the case in the second half of the game as the home team kept the pressure on the Turkish defence, which erred in the 77th minute as Hakan Balta sent the ball past his national team teammate, goal keeper Fernando Muslera, to make it 1:1.

The home team didn’t celebrate for long, as only nine minutes later Erić failed to keep the ball out when substitute Sinan Gumus’s shot deflected off his hands and found the back of the net. But even then the home team got carried away by their attempts and continued pressuring the opponents. Yet again it paid off, with an own goal by Lionel Carole, who changed the trajectory of the ball that was not headed toward the target, into his own net in the last minute, At that moment all bar owners in Kazakhstan held their breath and felt the trembling of their customers’ tables, hoping that they wouldn’t break.

“Today was a historic match for Kazakh football,” Stanimir Stoilov, head coach of FC Astana, said after the game, as cited by fca.kz. “We were pressured hard in the first half. In the second [half] when we were losing we showed aggressiveness, created good moments, scored a goal but also missed a lot of good chances. I am pleased with the result, but I think we deserved to win today.”

“We wanted to return with a win but we failed. My congratulations to Astana on the win,” Hamza Hamzaoğlu, head coach of Galatasaray, said. “We started well, created enough plays, scored, but perhaps the one-goal advantage affected our game in the second half. Once more congratulations to the Kazakh club on the win! It is a feisty team!”

The next match for FC Astana will be on Oct. 22 in Madrid against Atlético Madrid.