By Staff Report in Tourism on 21 September 2015

ASTANA – Vietnam’s Tourism Association President Nguen Huu Tho announced during a recent meeting with Kazakhstan’s Ambassador in Vietnam Beketzhan Zhumakhanov that Vietnam is considering introducing a visa-free regime for Kazakh citizens for up to 15 days, according to the press service of the Kazakh Ministry of Foreign Affairs. 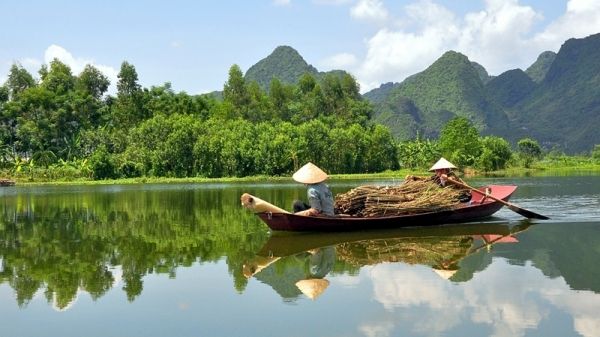 The issue of whether Vietnam will participate in EXPO 2017 was also discussed during the ambassador’s meeting with Vietnamese Minister of Culture, Sport and Tourism Hoang Tuan Anh.

The minister said Vietnam will provide a written agreement to participate in Astana’s exhibition soon and a commissioner responsible for the country’s national pavilion at the exhibition will be appointed the following month.

Within the tourism exhibition, Kazakhstan’s embassy together with Vietnam’s national administration on tourism held roundtable discussions with the involvement of Vietnam’s major tour operators and airlines, such as Saigontourist, Vietravel, FocusTravel, IndоchinaHeritage and VietJetAir. Exhibition participants were briefed on Kazakhstan’s tourism market development with an emphasis on attracting Vietnamese tourists to the expo.

Vietnam, with a population of more than 90 million people, has a strong tourism market. Vietnam hopes its tourism market will be improved by an agreement signed in May concerning free trade between the Eurasian Economic Union and Vietnam. The availability of direct flights between Almaty and Ho Chi Minh cities, which are serviced by Air Astana, will also promote trips between the two countries.

During roundtable discussions, Vietnamese tour operators discussed their intention to visit Kazakhstan with a tourism delegation at the end of October, in order to participate in the seventh session of the Kazakh-Vietnamese Intergovernmental Commission. The delegation will include major tour operators, the press and cultural figures.