By Kamila Zhumabayeva in Culture on 5 September 2015 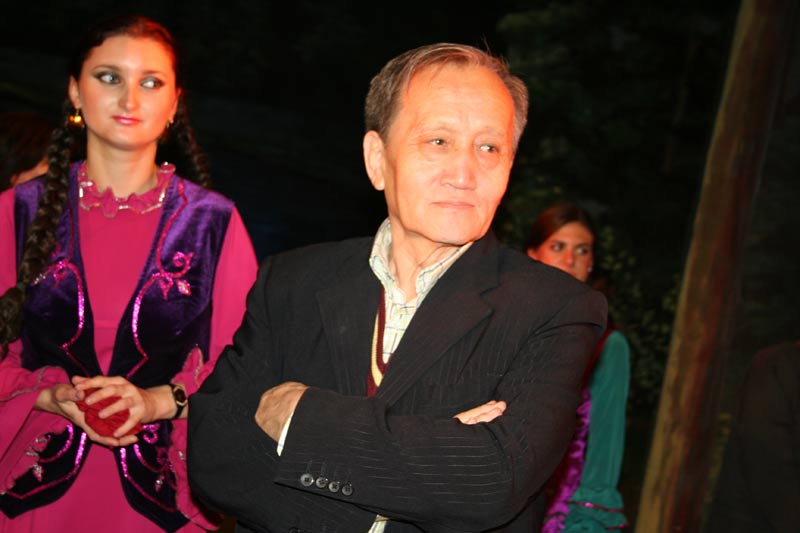 In a recent interview, the director spoke to The Astana Times about topics such as Kazakhstan’s theatrical scene, how directing contributes to developing the theatrical arts and his experience in Russia.

Tapenov’s passion and enthusiasm for the theatrical arts emerged from his early childhood, when he would gather neighbourhood kids as his audience for his own “one man show.” His working-class family, however, had different views on life.

His father, who died when Tapenov was about 25, opposed his son’s involvement in the theatre arts industry. Tapenov didn’t want to be a labour worker, so he left Kazakhstan despite his parents’ disapproval of his plans to study the arts in Moscow, Russia.

No one from his family ever came to the theatre to see his plays.

“My father was ashamed of the fact that I was an artist. I think that he never accepted my choice, not even until the day he died,” said Tapenov. 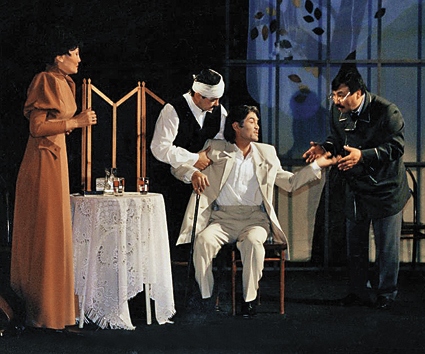 Anton Chekhov’s “Chaika” play in the Kazakh language as interpreted by Tapenov.

Although his father passed away two hours before his first premiere in a theatre in Semei, Tapenov was strong enough to stage the play without telling anyone. Theatrical directors are taught to not feel sorry for themselves nor to allow anyone to feel sorry for them, even if a family member has died.

“If you can do it, only then do you go into directing, we were told as students,” he said.

Tapenov is a 1968 graduate of GITIS, the Russian University of Theatre Arts, where he studied under Russian and Soviet director Anatoly Efros. He was an intern at the Moscow Satirical Theatre from 1974-1976, staging his diploma performance, “Pena,” based on the work of the Russian poet and writer Sergey Mikhalkov.

“I wouldn’t say the times were difficult. I did not feel hardships when I was leaving Kazakhstan to pursue my studies in Moscow for the first time,” said Tapenov.

He admitted having critical moments when he was forced to leave his job in Kazakhstan and travel to Leningrad for two years as a result of his activities in Zheltoksan, the December 1986 riots. Azerbaizhan Mambetov, Tapenov’s close friend who also participated in the event, encouraged the director to return to Kazakhstan after Tapenov said he wanted to leave the country.

A film and theatre director who staged Kazakh plays and poems in Moscow, Paris and Czechoslovakia, Mambetov had a direct influence on Tapenov’s life and career.

“His work and his level was a revolution for the Kazakh theatre scene,” said Tapenov.

At his friend’s advice, Tapenov went to Pavlodar in 1989 in an attempt to recreate Kazakh theatre.

“I was told to start working at a theatre that had no artists, no facilities, no building,” said the director.
Tapenov received help from Ashirbek Sygai, the rector of Temirbek Zhurgenov Kazakh National Academy of Arts in Almaty, who passed away in 2014. He sent his students who were graduating from musical comedy and dramatic actors courses to pass their state exams on the stage of the Pavlodar theatre.

A month later, a symphonic orchestra was created to stage their first play, gathering people from throughout Kazakhstan including Mambetov, then a chief director of the Auezov Theatre, noted Tapenov.

Akim (mayor) of Pavlodar’s Aksu region Kuat Esimkhanov had costumes sewn for the play’s 25 actors and provided dombra national musical instruments, decorations, a piano and a bus. He also offered salaries for the actors which for the time were significant, Tapenov stressed.

The theatre is 25 years old now and Tapenov, a co-founder, has worked there for more than two decades. He is now being invited as a director jury to national and international theatre festivals, where his plays also tour.

Tapenov specialises in opera, operetta and musicals as his favourite genres, which are also among his current projects.

Theatre work is currently more about directing, while in earlier years it was about acting, stressed the director. He added treatments have been completely modernised and directing became necessary, the main changes since Soviet Union times which now contribute to the development of the theatre.

Tapenov said he does not deny the contribution of Russian pedagogics in developing the theatre arts in Kazakhstan. Many of the country’s directing students study at Leningrad Theatrical Institute, Russian Academy of Theatre Arts and Moscow State University.

Tapenov believes students should study in Kazakhstan but at times should go to Russia so they can see, learn more within a fraternity and bring their knowledge and experience back to Kazakhstan.

“The rector of KazNUA Aiman Mussakhodzhayeva invited the Royal Shakespeare Theatre to Kazakhstan this year, which also brought Shakespeare’s famous play ‘Hamlet’ with them,” said the director

The theatre performed and conducted a master class exclusively in KazNUA.

“This all helps and will help in developing the theatrical arts in Kazakhstan,” the director stated.

Kazakh theatre arts are now supported with titles, state prizes and annual contests, but it is often not enough as actors’ salaries are very low, he added. Many earn additional income at weddings or as security guards and those with families often do not have their own place to live. Financial support is needed, especially for regional and peripheral theatres.

He staged “Hamlet” with Russian screen and stage actor Sergey Bezrukov, while working closely with his father, Vitalii Bezrukov, from whom Tapenov learned a lot and for whom he is quite thankful.

“Theatre is a life. When there is a funeral where people grieve, or when there is a wedding where they are happy, I often try to remember in which play was the scene that I see at the moment,” said Tapenov.