ASTANA – Although men’s grooming is usually considered to be a modern fashion wave, its origins trace to ancient Egypt where it became an inherent part of hygiene and health. Men’s salons and barber shops have succeeded in western countries and Kazakhstan’s entrepreneurs have decided to embark on a new direction of the country’s beauty industry. 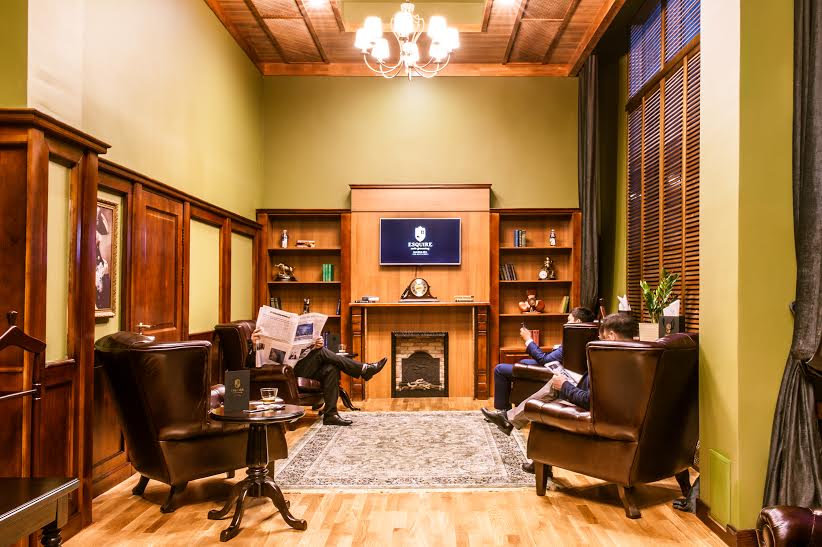 Canadian native and long-time Kazakh resident Kevin Freake has launched Esquire, the capital’s first male grooming salon. He opened the shop in November 2014 despite warnings from industry professionals that the idea would fail because the market in the city was a small one, and women spend more than men on their appearance.

“I began thinking of this concept, a gentleman’s hair salon, several years ago while sitting in an Astana hair salon surrounded by women clients when a male friend came and asked if I, too, was waiting for my wife. I didn’t tell him that I was actually waiting for a stylist. I discretely left. That’s when I began to search for a men’s salon, a place that would feel masculine and specialise in men’s grooming. Even though there are many good stylists in Astana, I couldn’t find a salon that felt masculine. That’s when I started to think of launching my own salon,” said Freake in a recent interview with The Astana Times.

The businessman wanted to craft the ideal environment for the city’s gentlemen.

The new salon promises to provide an “old-world gentleman’s club atmosphere” and ensure clients’ privacy in their surroundings. The shop does not have specific business hours.

“Simply call our 24/7 service concierge number to arrange a time suitable to you,” said Freake. 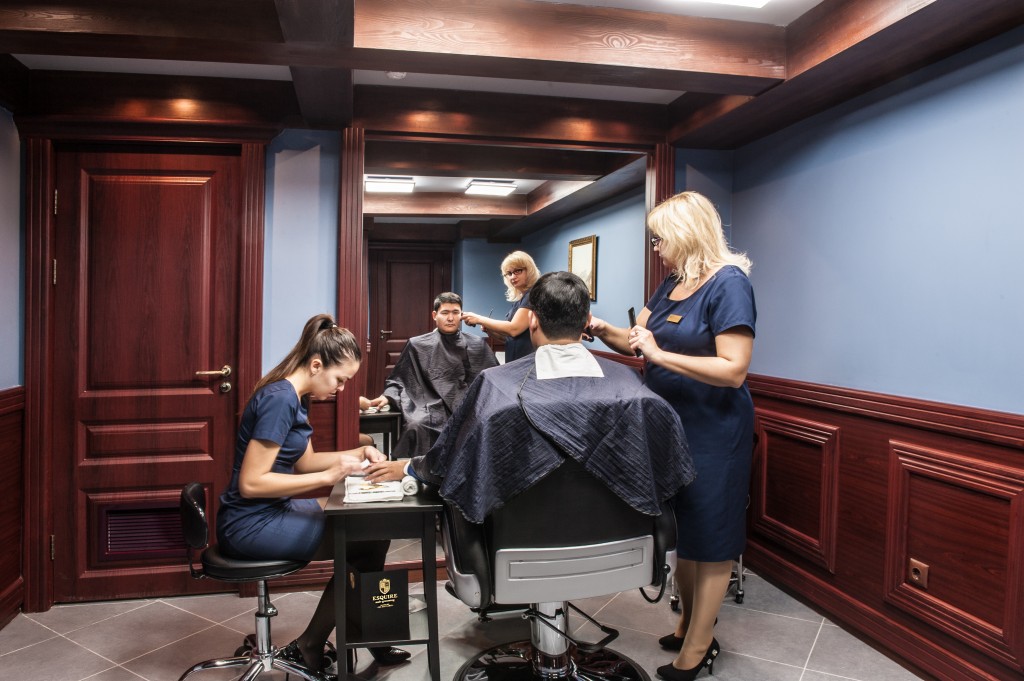 A customer at Esquire in Astana.

The client is welcomed by the concierge team and either escorted to his private styling or spa space or the library for a pre-styling beverage. Each man is offered a personalised shirt to wear upon entering the styling room, and his jacket is steam-pressed and ready for him when it is time to leave. The salon says, “The days of sharing a room with other men and women are over for you.”

Male grooming salons appeared after traditional barbershops, which originally were places for men to get a shave and haircut. Barbershops were known as spots where men could socialise.

Entrepreneur Andrey Plastun has launched Chop-Chop barber shops in the capital and Almaty. He owns a franchise in a company that operates in more than 50 barber shops in different cities of the Commonwealth of Independent States.

“We don’t want to be called a beauty salon. We provide services only for men. We cut beards, we do shaving and we do haircuts,” said Plastun.

His decision to open a barber shop was due to his dislike of unisex beauty salons, which he described as locations where “you can still get a Soviet-style haircut.”

“That’s why I wanted to launch a barber shop. They represent new service for customers in Kazakhstan. I can definitely say that they are popular and getting more popular day by day. I think people go there because of the service, atmosphere and affordable price. And there is something special about the environment, nothing like traditional beauty salons,” he added.

The entrepreneur is sure the market will expand and contribute to the rise in quality of the services provided. The city and Almaty are on the verge of something great in the men’s industry, he added.

Freedom Island, the capital’s trending new venue, hosted a Sept. 9 event dedicated to the discussion of male fashion, where participants shared their thoughts on the capital’s new grooming spots.

Malik Ismagulov, 42, a director of men’s clothing stores, thinks it is becoming a trend now. He feels it is part of showing respect to other people in society.

“A man should always look good, especially these days. Such salons have been operating abroad for a while now and they finally reached Kazakhstan. I think they have a great future,” he said.

Baurzhan Kozhaliyev, 41, a manager in the oil and gas sector, said he would like to visit such a place, adding it sounds interesting.

“I would like to get groomed, for example, for a special event. In some ways, I am conservative. For example, I am not ready to go to a salon to get a manicure. But it is something new; I would definitely try it,” he said.

Yerlik Karazhan, 37, a businessman, noted the services are ones that are needed. “I have never heard of such salons existing in Astana. In my opinion, men need some privacy while getting groomed. I would love to try. I think it is a very good idea and it should be developed. Moscow showed us a real example; demand there is really high,” he said.

Marat Mukhamedsaliyev, 42, PR director at an energy holding, said men have a natural need for this kind of service.

“I belong to a conservative generation, and I usually prefer to do everything by myself, except a haircut. Anyway, I would give it a try,” he added.

Men’s grooming may be a new wave in Kazakhstan’s culture, but it has already aroused great interest and received positive feedback.