By Sanat Kushkumbayev in Op-Ed on 22 September 2015

Modern Kazakhstan, located in the central part of Eurasia, is a transit link in the system of multilevel interconnections of Asia and Europe. It is known that the internal development and availability of international transport arteries are essential ingredients to the economic and political independence of states. For Kazakhstan and other Central Asian countries since independence, the role of international transport communications has been and remains significant. 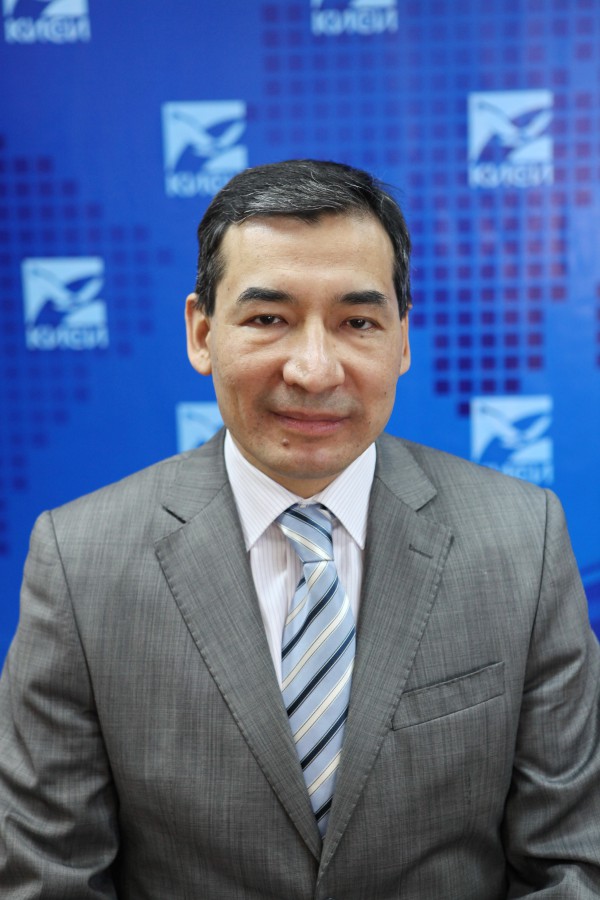 The draft economic Belt of the Silk Road (EBSR) and the Nurly Zhol state programme both were announced in the capital of Kazakhstan. It is symbolic that Chinese President Xi Jinping first announced this initiative to the international community in September 2013 in Astana. The concept is based on five principles: political convergence, communication infrastructure, free trade, circulation of capital and the rapprochement of peoples.

Announced by President of Kazakhstan Nursultan Nazarbayev in November 2014, the Nurly Zhol new economic policy largely corresponds with the plans for the development of EBSR. Launched into operation in recent years, sections of the international highway Western China – Western Europe, as well as the Kazakhstan-Turkmenistan-Iran-Persian Gulf railway, can be an organic part of the modern Silk Road routes.

The Nurly Zhol programme is directed at integrated continuation of the course of reforms in the economy. To this end, Kazakhstan conducted a large-scale programme of modernisation of transport assets, which covers all modes of transport.

Until 2020, it is planned to implement projects with a total investment of about $40 billion. Until the end of 2015, it is planned to attract $5 billion from four leading international banks for the construction of roads in the Centre – South, Centre – East and Center – West directions. This is how the task set in Nurly Zhol of connecting the capital with major regions on the radiation principle will be implemented.

2015 was especially fruitful for Kazakh-Chinese relations. President of China Xi Jinping at the time of his visit to Astana in May, noted, “Currently, China and Kazakhstan have achieved initial results towards the formation of the belt and the Chinese side appreciates this fact. China intends to promote the convergence of the formation of the economic zone of the Silk Road with the Kazakhstan’s Nurly Zhol programme.

“Both countries should continue to implement large-scale joint projects in the spheres of infrastructure and transport and communication of interconnectedness to promote cooperation in the field of energy and finance, to deepen relations in the humanitarian sphere, to continue to strengthen the partnership for security,” said Xi Jinping.

The state visit of the President of Kazakhstan to China in early September gave a new impetus to bilateral cooperation and in particular the further interaction of Kazakhstan’s Nurly Zhol and the Chinese initiative of the Economic Belt of the Silk Road. A joint declaration on a new stage of comprehensive strategic partnership, adopted by the two leaders, secured the long-term perspective.

Kazakhstan’s competitiveness depends not only on the development of transit potential, but also on the level of development of national transport and communications infrastructure. Cooperation with China, having rich experience in this field is attractive for Kazakhstan.

The planned construction of the Big Almaty Ring Road near Almaty will exceed 100 km and will be built funded by Chinese investment. Infrastructure facilities such as the Almaty – Ust-Kamenogorsk road, the road to the border with China to the Alashankou station and several others will be implemented through the investment from China.

“The loan agreement between JSC Astana LRT and the State Development Bank of China was signed. Light rail transit will be built in the capital of Kazakhstan and he creation of a system of high-speed BRT buses will be subsidised. Chinese partners are planning to invest $600 million over five years in the development of the logistics and the creation of industrial special economic zone at Khorgos-Eastern Eate. The Asian Infrastructure Investment Bank is the driver of these and other projects with capital of $100 billion along with the Silk Road Fund with $40 billion.

For the purpose of industrial development in Kazakhstan, the Bank of China is ready to allocate $5billion through the Baiterek holding. Moreover, investments are expected in Kazakhstan from the Silk Road Funds and also the largest investment corporation, CITIC Group. In addition, the Samruk Kazyna Sovereign Wealth Fund has signed with Chinese companies agreements in the spheres of transport, energy, nuclear, metallurgical and chemicals totaling $5.1 billion.

Kazakhstan welcomes Chinese investment in non-primary sectors of the economy. In the framework of the signed new contracts, joint ventures will be created in the manufacturing and agriculture sectors (cement, glass, food industry) on the territory of Kazakhstan. These ventures involve dozens of companies and billions of dollars in contracts.

With regard to the implementation of projects with partners from China, Kazakhstan has formed a volume of 100 container trains from the port of Lianyungang to Central Asia. This new volume has never been on the railroad. EBSR has become an open platform for economic cooperation between the Eurasian Economic Union and the Asia-Pacific region.

With a gradual shift of the global economic centre towards the Asia-Pacific region, relations between Europe and East Asia will take a leading role. The dynamic development of these ties is currently channeled through ASEM (Asia-Europe Meeting) institution with regular meetings of leaders of Asia-Pacific countries and the EU. Kazakhstan’s accession to the World Trade Organisation and the introduction of international standards for the movement of goods across borders should have a significant impact on the development of transport infrastructure of the region.

The author is deputy director of the Kazakhstan Institute of Strategic Studies under the President of Kazakhstan.