DUSHANBE – President of Kazakhstan Nursultan Nazarbayev paid an official visit to Dushanbe, Tajikistan on Sept. 14, during which several cooperation agreements between the two countries were signed. 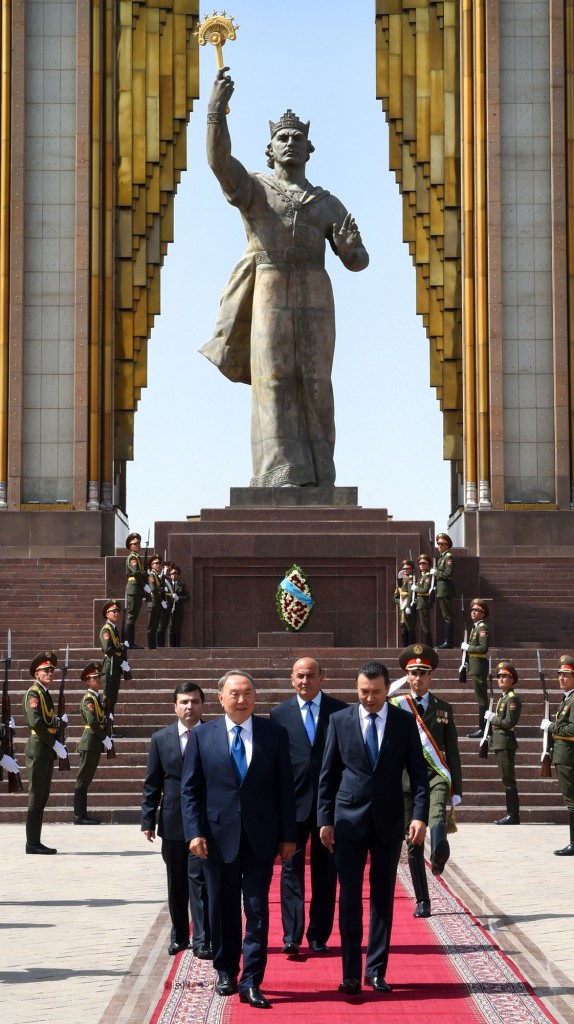 During the visit, Nazarbayev held a bilateral meeting with President of Tajikistan Emomali Rahmon. During the talks, Nazarbayev congratulated the Tajik people on their Independence Day and the 3,000th anniversary of Hissar, a famous historical town and fortress near Dushanbe.

“Kazakhstan and Tajikistan have traditional friendly relations based on mutual respect and trust. Our countries have no disagreements in political and economic spheres. Tajikistan for us is a brotherly country, which is why we are interested in its stable development. In the current difficult situation in the global economy, we have opportunities for cooperation,” Nazarbayev said.

The President also noted that the two countries pursue common principles in international politics, which can be seen in their close cooperation in organisations including the Shanghai Cooperation Organisation (SCO), the Collective Security Treaty Organisation (CSTO) and the Conference on Interaction and Confidence Building Measures in Asia (CICA).

“We are grateful to the Tajik side for the support of our candidacy for the UN Security Council non-permanent membership,” the Kazakh President told Rahmon and the media at their joint press briefing following the talks. “Your country also takes a constructive stance on issues of water and energy relations [in Central Asia].” 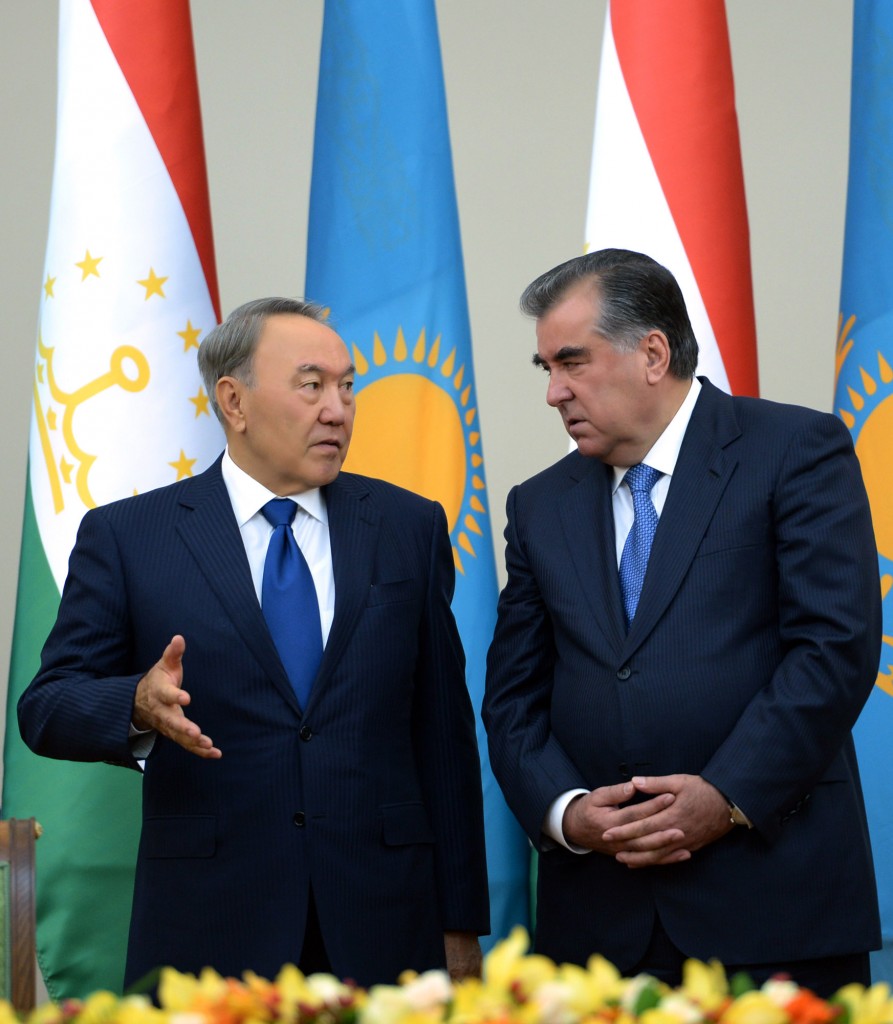 “A few days ago, we celebrated the 550th anniversary of the Kazakh Khanate. Our countries have a common culture and history. Great events that were taking place in our region for centuries are the roots that unite our people,” Nazarbayev noted.

“Your visit today will give a new impetus to the development of neighbourly relations between our countries,” Rahmon said.

The parties signed a number of documents on mutual cooperation, including an agreement on strategic partnership between Kazakhstan and Tajikistan; an agreement on cooperation in technical protection of information; a programme of cooperation between the Foreign Ministries of Kazakhstan and Tajikistan; and a protocol on making amendments and additions to the current agreement between the two governments on labour protection and migrant workers.

Noting that the new agreements will strengthen the legal basis for cooperation which already includes 80 agreements, Nazarbayev also urged Tajik business people to participate in Kazakhstan’s industrial projects. He said that Kazakhstan is shifting its emphasis from the oil and gas sector to the industrial one and is trying to diversify its economy.

“We would like to invite Tajik companies to participate in our industrial programmes. For instance, Kazakhstan will construct at least 7,000 kilometres of highways and railways through the Nurly Zhol programme,” he noted.

The Kazakh leader added that Kazakhstan is ready to open its transport infrastructure to Tajik businesses so that they could export their products to Europe and other countries.

The Kazakh President also stressed the important role of Tajikistan in combating international terrorism and drew attention to the need for further development of cultural and humanitarian cooperation.

Following the meeting, Nazarbayev laid a wreath at the Statue of Ismoil Somoni, credited with being the founder of a first Tajik state more than 1,000 years ago.