By Michelle Witte in Sports on 8 September 2015

ASTANA – Kazakhstan topped the team rankings at the Asian Boxing Confederation (ASBC) Championships with five gold medals, as fighters, who also fight for Astana Arlans, won five of six bouts on the last day of competition on Sept. 5. Overall, Kazakh fighters won five gold, one silver and one bronze medal for a total of seven medals and 42 points. 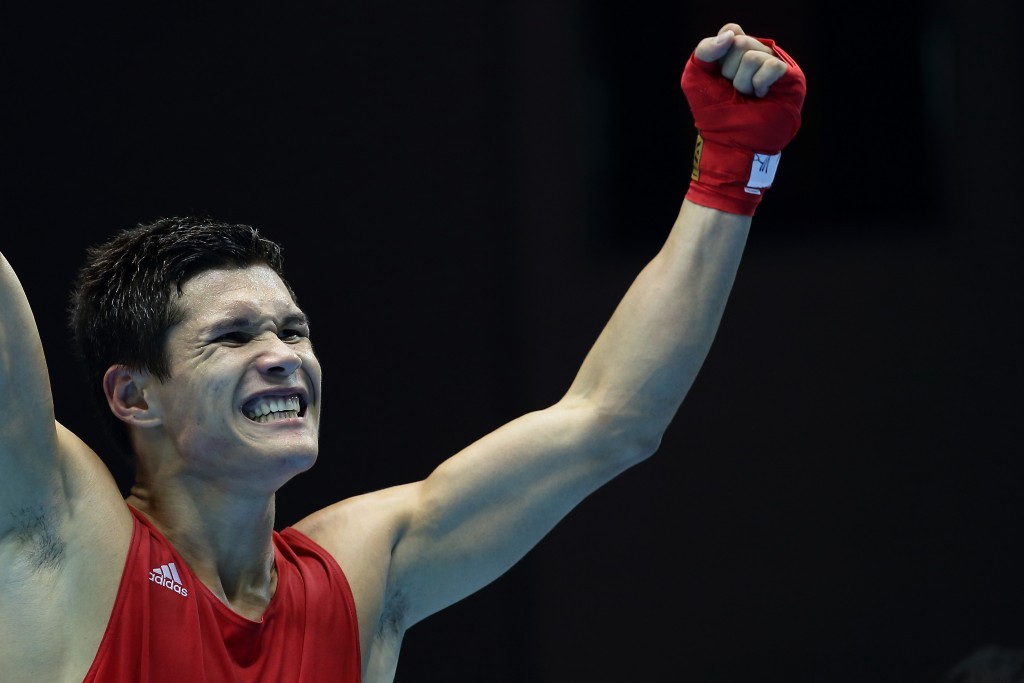 Welterweight Daniyar Yeleussinov celebrates the victory that would take him to the semi-finals, en route to his gold medal for team Kazakhstan. Photo: Getty Images

Uzbekistan, with 38 points and eight medals overall (though only two gold), was ranked second in the competition; Thailand third, with 17 points and two golds.

Winning gold on the final day of competition were flyweight Olzhas Sattibayev, who beat Incheon 2014 Asian Games silver medallist Shakhobiddin Zoirov of Uzbekistan; welterweight Daniyar Yeleussinov, beating Eumire Felix Marcial of the Philippines; light heavyweight and London 2012 silver medallist Adilbek Niyazymbetov, who took the victory after Uzbekistan’s Elshod Rasulov was unable to compete because of cuts to his eyes, according to the Inside the Games website; heavyweight Vasiliy Levit, who beat Uzbekistan’s Rustam Tulganov; and super heavyweight Ivan Dychko, who took the gold from Wang Zhibao of China. Lightweight Zakir Safiullin had Kazakhstan’s only loss of the final day, conceding to Mongolia’s Dorjnyambuu Otgondalai, but earning his team a silver medal in the process. Bantamweight Kairat Yeraliyev earned bronze.

Eight boxers from Kazakhstan reached the quarter finals of the championships, a number exceeded only by Uzbekistan’s nine.

This year’s competition was the biggest ever, Inside the Games reports, with 188 boxers from 28 nations taking part. Fifteen individual nations won medals, and 66 boxers qualified for the Doha 2015 AIBA World Boxing Championships, which are to take place from Oct. 5 – 15.