ASTANA – To help identify and stem the flow of new illegal synthetic drugs, Kazakhstan plans to intensify international work on seizure, timely notification and the creation of a databank. 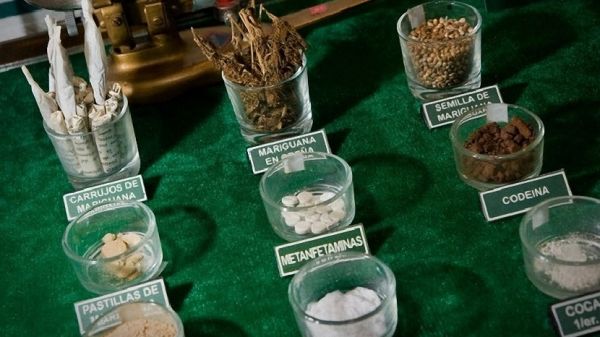 “The forecasts look anxious in connection with international anti-terrorist coalition withdrawal from Afghanistan. Many experts consider that it may lead to drugs flow increase because its production and especially development of new types grow annually. The appearance of new types of drugs is a particularly relevant problem for Kazakhstan. It is caused by the lack of new types of synthetic drugs samples, [for example the smoking drug] Spice. That significantly complicates the identification of examined types,” Kazakhstan’s Prosecutor General Askhat Daulbayev stated at the ninth meeting of Prosecutors General of the Shanghai Cooperation Organisation (SCO) in late August.

Daulbayev considers that the work on seizure, anti-transit and distribution of drugs will become more effective if neighbouring states unite, saying, for example, that the UN Administration on Counternarcotics actions and crime prevention in Thailand with neighbouring countries has introduced a new drugs notification system and its samples are sent to the laboratories of these states. Such an approach significantly reduces the time and cost for new types of drugs investigation, the amount of which is about $1,000 for one expert only in Thailand. It seems that the use of United Nations Office on Drugs and Crime (UNODC) channels to create a databank and transfer samples will allow experts to address the issue of new synthetic drugs.

In turn, Russian Prosecutor General Yuriy Chayka announced the need for anti-drug legislation for SCO members and an amendment to the anti-drug strategy accepted in 2011.

“It is very important to activate the work on anti-drug legislation of SCO member states harmonisation and also national lists of drugs to be immediately coordinated. Considering the appearance of new drug threats, especially associated with active distribution of synthetic substances, anti-drug strategy of SCO member states approved in 2011 for 2011-2016 must be amended promptly,” he said.

Russia’s prosecutor general also stated the need for of law-enforcement agencies of SCO member states to work in closer cooperation with other international structures on global anti-drug efforts.