By Malika Orazgaliyeva in International on 10 September 2015 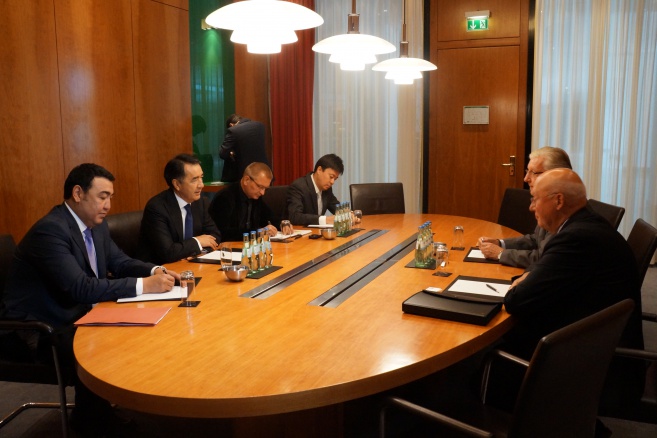 The event, convened and hosted by German Foreign Minister Frank-Walter Steinmeier, was attended by more than 50 representatives from different German ministries, Central Asian states, the European Union, United Nations, Organisation for Security and Co-operation in Europe (OSCE) and other international and national non-governmental organisations.

“Water supply will be a key topic in the 21st century and is a task to be addressed by any forward-looking foreign policy. That is why Germany conducts active water diplomacy and, together with the five Central Asian states, promotes regional cooperation on matters relating to water. Together, we now want to initiate the third phase of the ‘Berlin Process,’” said Steinmeier referring to an earlier German initiative to address the multiple water-related challenges in Central Asia.

In his report, Sagintayev outlined a number of proposals initiated earlier by Kazakh President Nursultan Nazarbayev to improve the water situation in Central Asia. One of the suggestions was a meeting of the council of heads of member states of the International Fund for Saving the Aral Sea (IFAS) with participation of major donors and experts. The ideas also included creating a Central Asian Investment Fund to implement water projects and a regional centre for water security.

Sagintayev also voiced a proposal to jointly develop and sign a pact on water and environmental security in Central Asia, noting the importance of creating an open system of exchange of hydrologic data. He also noted the need to improve the efficiency of the Interstate Commission for Water Coordination of the Syrdarya and Amudarya water basin associations.

The conference adopted a joint statement on strengthening cooperation in the field of water management and implementing combined projects aimed at sustainable economic development in Central Asian countries.

The Sept. 7-8 conference on Water and Good Neighbourly Relations in Central Asia marked the start of Phase III (2015-2017), which is set to strengthen regional institutions and processes – above all IFAS, which deals with regional water management. The aim is to create an institutional framework within which the Central Asian states can manage their own water cooperation.