By Michelle Witte in Business on 5 September 2015

ASTANA – The Electric Locomotive Manufacturing Plant of Astana presented their KZ4AT passenger electric locomotive at the fifth International Railway Equipment and Technologies Fair (EXPO 1520) in Moscow from Sept. 2 – 5, Kazakhstan Temir Zholy (KTZ) reported in a press release. KTZ is Kazakhstan’s national railway company which has assumed greater responsibility for the country’s transportation industry in recent years, including taking over dry and sea ports and a dozen airports. 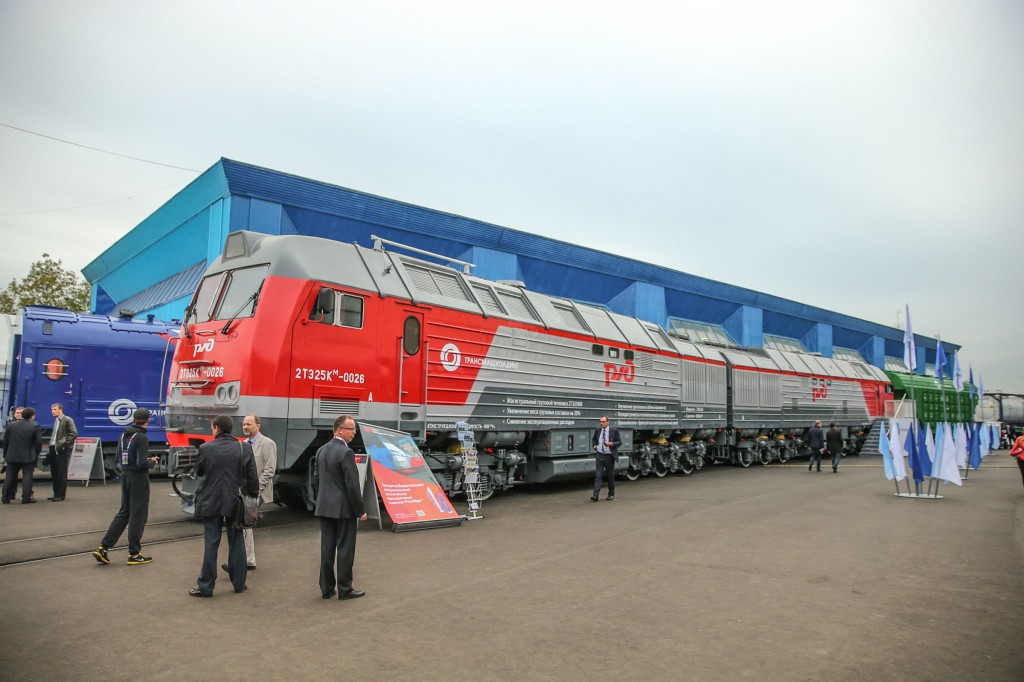 “During this exhibition, we are establishing contacts with foreign partners. We are trying to expand the geography of export of our products; we are striving to find customers,” said Commercial Director of the Electric Locomotive Manufacturing Plant Andrei Yershov, per the KZT press release. Representatives of the plant discussed implementing, modernising and localising production of electric locomotives in Lithuania, Ukraine, Uzbekistan and Azerbaijan during the fair, he said.

EXPO 1520 is the only broad-gauge railway trade fair, according to the event’s website. (Broad-gauge railways are present across Kazakhstan, Russia and other countries in Eurasia, as well as in India, Spain, Ireland, Brunei, Chile and Argentina.) Manufacturers from 18 countries took part in EXPO 1520 this year, according to event organisers. The fair featured exhibitions of equipment and conferences on aspects of the manufacture and deployment of rolling stock. Fair exhibitions showcase new railway equipment and rolling stock from Russia, the Commonwealth of Independent States (CIS) and the European Union. At this event, in addition to railway technology and equipment, samples of machinery for use in stations, public transport systems and navigation systems to ensure the safety of passengers, luggage, buildings and vehicles were also included.

Astana’s Electric Locomotive Manufacturing Plant was launched in 2012 and supplies locomotives to Kazakhstan and Azerbaijan. Yershov pointed out that the company first took part in EXPO 1520 in 2013, displaying their freight electric KZ8A cars.