By Dmitry Lee in International on 19 August 2015

ASTANA – Saudi Arabian Ambassador to Kazakhstan Ghorm Said Malhan emphasised the importance of deepening relations with the Central Asian country and the Eurasian continent as a whole on Aug. 12 during an informal meeting at his residence for local Kazakh media. 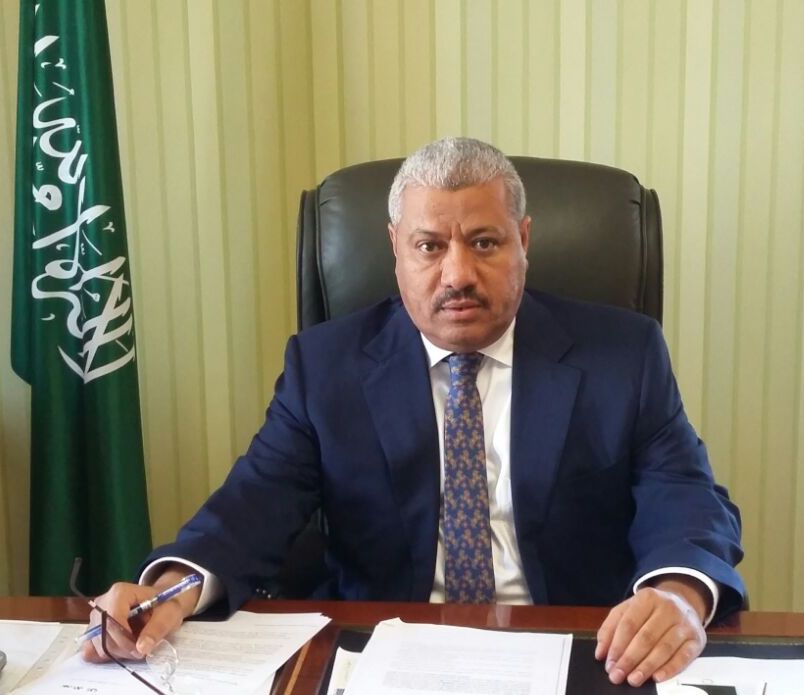 The ambassador, who assumed the office in March, highlighted the importance of the bilateral ties between the two oil-rich countries and explained that several mutual visits are expected this year, including by the Saudi agriculture minister to attend the launch of the Islamic Organisation of Food Security of the Organisation of Islamic Cooperation.

He said the recent visit of the Saudi Foreign Minister to Moscow was a sign of expansion of its external affairs farther east. During his first visit to Russia, the minister, Adel al-Jubeir, met with his counterpart, Foreign Minister Sergei Lavrov, to discuss global security, oil prices and military issues among numerous other items on the agenda.

“The visit of Saudi Arabia’s Foreign Minister to Moscow on Aug. 11 has propelled the relations between the countries,” the ambassador in Astana said during the meeting.

The journalists were curious about his country’s views on one of the most topical issues on the agenda, that of the activities of the so called Islamic State group, in Arabic known as Daish. .
“Saudi Arabia was among the first countries that recognised Daish as a terrorist organisation; on top of that, Saudi Arabia is an avid supporter of all the groups that are being established to counter Daish. Also, Saudi Arabia refused to recognise the group as an Islamic State,” said the ambassador.

According to Said Malhan, his country is suffering from the image Daish portrays of Islam. The ambassador stressed the importance of the Internet and its influence on people who are not educated properly about the religion. He emphasised the age of disinformation and the need to find means to refute it.

“The new recruits are being misinformed and in order to counter, it is important that the journalists, mosques and schools release proper and correct information about Islam as a religion,” he said.
The ambassador strongly condemned Daish for staging the May 22 bombings at a Shia mosque in the Saudi Arabia’s Qatif region that took 21 lives.

Among the most anticipated questions were the issues of oil production and its future as a natural resource. Saudi Arabia cannot rely purely on oil production and is betting on big investment projects and like Kazakhstan is seeking other means of sustainability, the ambassador noted.

“Any country plans well ahead into the future and Saudi Arabia bet on informational technology. Oil is one of the energy sources. There are many countries that have built their economy without oil. Saudi Arabia aims to maintain the prices for oil that would accommodate both producers and consumers because the country itself is both a producer and a consumer of oil products. To maintain oil prices at reasonable rates, Saudi Arabia has established wealth funds,” he said.

His country, the ambassador maintained, is one of the few oil producers which so far does not feel the pressure from low oil prices, which have seen a reduction of almost two thirds since their maximum in the summer of 2014.

Brent crude oil, the global benchmark, was fixed at $48.74 a barrel on ICE Futures Europe on Aug. 17, while prices for light sweet crude oil on the New York Mercantile Exchange fell to their lowest levels in six levels, to $41.87 a barrel. The reduction in prices has been observed on the back of the strong production figures from the United States and from Organisation of the Petroleum Exporting Countries of which Saudi Arabia is a key member.

“In some countries cost of production of oil stands at $50-$60 per barrel. Saudi Arabia’s actual costs per barrel are about $10 or so. Each country estimates its future expenditures. Saudi Arabia has launched numerous big projects, like building an extensive railway hub or a new airport; some others have been completed and some are nearing completion, totalling hundreds of billions of dollars. These projects are hoped to return investments in the future to become financial sources for the national budget,” Said Malhan noted.

The ambassador also shared his view on the situation with Iran in light of the recent agreement reached with the P5+1 countries on its nuclear programme.

“Saudi Arabia doesn’t have nuclear weapons nor is it against peaceful use of nuclear energy. If a country wants to use nuclear energy, it has the right to do so. But we also believe it is their own internal issue.”

On a personal note, the ambassador noted the architecture of the young Kazakh capital and admitted with a smile that Astana is truly one of the coldest capitals in the world.

Asked if he was looking forward to his first winter in Astana, the ambassador, the true diplomat that he is, smiled and said, “I like Astana’s architecture; the city boasts some beautiful restaurants and recreational centres. And the people here are very warm and friendly.”