By Malika Orazgaliyeva in International on 25 August 2015

ASTANA – On the eve of signing the agreement between Kazakhstan and the International Atomic Energy Agency (IAEA) on establishing a low-enriched uranium (LEU) fuel bank in the country in 2017, the Ministry of Foreign Affairs(MFA) held a roundtable Aug. 24 to answer questions raised by the public. Media representatives were informed about LEU bank and asked the experts questions in the field of atomic energy. 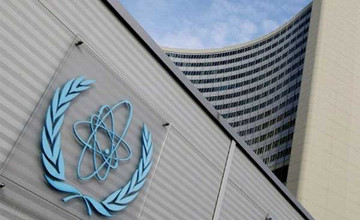 According to Timur Zhantikin, deputy chairman of the Kazakh Ministry of Energy committee for atomic and energetic supervision and control, this is the first time an international organisation of such level will possess nuclear material.

“More than 15 expert missions from the IAEA came to Kazakhstan with independent expertise in order to learn different aspects of technical security and regulation for holding nuclear activities,” he said.

The bank will be a physical reserve of up to 90 metric tonnes of LEU, sufficient to run a 1,000 MWe light-water reactor. The load will be enough for such a reactor to power a large city for three years. The IAEA LEU bank will be located at the Ulba Metallurgical Plant (UMP) in Ust-Kamenogorsk (Oskemen) in northeastern Kazakhstan. The plant has been safely and securely handling and storing nuclear material, including LEU, for more than 60 years, said Zhantikin.

In his words, while there is no direct commercial benefit from the project, it will raise the level of the UMP in the international arena. The LEU bank is to be fully funded by voluntary contributions and has no impact on the IAEA’s regular budget or other activities. Donors have provided approximately $150 million to establish and operate the IAEA LEU bank for at least 10 years.

“Kazakhstan will maintain the uranium reserve at its own expense. This is our contribution to the joint project,” noted Zhantikin.

According to MFA ambassador at large Barlybai Sadykov, following the collapse of the Soviet Union Kazakhstan was left with the world’s fourth largest nuclear arsenal, which it renounced and dismantled over the first decades of its independence. Kazakh President Nursultan Nazarbayev is an internationally-recognised leader of the anti-nuclear movement who proposed different international initiatives directed at prevention and non-proliferation of nuclear weapons, he said. His actions include the launch of The Atom Project and the initiative to proclaim Aug. 29 the UN International Day against Nuclear Tests. Moreover, jointly with partner countries from Central Asia, Kazakhstan created a nuclear-free zone in the region and also presented the platform for the two rounds of talks on the Iranian nuclear programme. In this context, the creation of the IAEA LEU bank on Kazakh territory is a contribution to the international initiatives designed to limit the proliferation of nuclear weapons.

“The agreement on the storage of the low-enriched uranium bank in Kazakhstan will start to operate in 2017,” said Sadykov.

He noted Kazakhstan must fulfill a number of activities in the two years before the agreement will come into force.

“In particular, a coordinating committee will be created which will be provided with an action plan for approval,” he added.

That plan includes a series of activities, including development of legal acts, he said.

The establishment of the bank is getting especially significant in light of the continuing expansion of the nuclear power industry globally, with more than 350 nuclear power plants either under operation or being constructed already across the globe, the round table moderator Roman Vassilenko said. This means that there will be higher demand for uranium fuel for power plants and having an additional element of guaranteeing the safety of the international nuclear fuel cycle will be useful.

Kazatomprom director of the department of nuclear fuel cycle projects Sergey Krechetov said creation of LEU bank in Kazakhstan provided an opportunity for the company to be estimated in accordance with international standards.  In addition, the IAEA will hold a tender for the supply of uranium for storage in the bank and Kazatomprom plans to take part in the tender using its partnership with Rosatom which does produce uranium hexafluoride that’s needed for the supply of the bank, an action which might produce long-term benefits.

Kazatomprom produces around 20,000 tonnes of natural uranium a year, said Sergey Lukashenko, deputy director of the National Nuclear Centre and director of the Institute of Radiation Safety, saying this means that it can safely handle 90 tonnes of uranium hexafluoride that are needed to stock up the bank.

“From the point of radiation risk from the LEU bank, there will not be greater harm than from any finished goods warehouse at any uranium mine, of which we have hundreds in Kazakhstan. So, it is simply not serious to speak about any danger,” he added.

“As the heart of the Eurasian continent, Kazakhstan once again demonstrated the commitment to its course of a reliable global partner supporting the sustainable development of all mankind,” said Mikhail Mironenko, head of the service for strategic studies and forecasting at the Astana-based Library of the First President of Kazakhstan.

The upcoming ceremony will be attended by delegates from countries that have supported the project, including the five permanent members of the United Nations (UN) Security Council (China, France, Russia, UK, US), and the donors of the project – the European Union (EU), Norway, Kuwait and the UAE.

Kazakhstan has consistently campaigned for an end to nuclear testing and supports a number of non-proliferation and disarmament initiatives.

Established as an autonomous agency on July 29, 1957, IAEA is an international organisation that seeks to promote the peaceful use of nuclear energy and inhibit its use for any military purpose, including nuclear weapons. Though created independently of the UN through its own international treaty, the IAEA Statute, the agency reports to both the United Nations General Assembly and Security Council.