By Michelle Witte in International on 27 August 2015 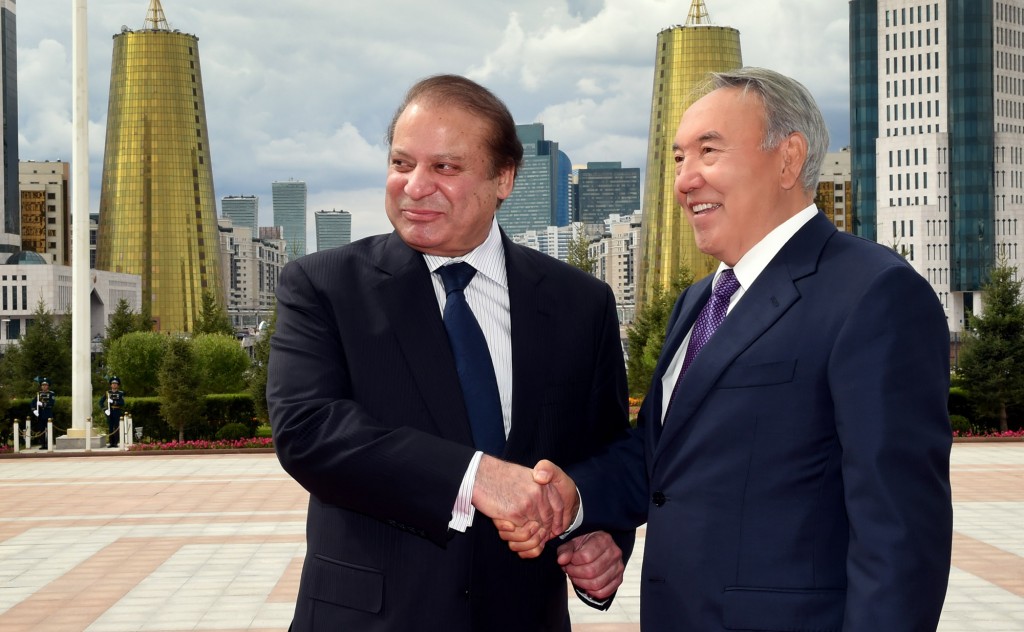 “I am impressed by the scale of the socio-economic progress of Kazakhstan … We wish your country further progress and prosperity. Our countries have great potential to improve relations and mutually beneficial cooperation” Sharif told President of Kazakhstan Nursultan Nazarbayev at their first meeting of the visit, according to a statement from the Akorda presidential residence. Sharif and Nazarbayev met in both small and extended formats, and Sharif also met Prime Minister of Kazakhstan Karim Massimov and Foreign Minister Erlan Idrissov during his visit.

“[Kazakhstan] will never forget that Pakistan was one of the first countries to recognise the independence of our country. The similarity of our positions on the international agenda, the centuries-old ties of friendship and cultural ties make us close and brotherly countries. In light of new realities, it is time to use every opportunity to open a new page in our relations. I am confident that your visit will serve exactly this purpose,” Nazarbayev said in his speech welcoming Sharif during their negotiations in an extended format, the Akorda reports.

Sharif’s stated mission for the visit was to discuss strengthening ties; increasing bilateral trade, investment and economic cooperation; and enhancing cooperation into other areas, according to Dawn. A business delegation from Pakistan accompanied the prime minister on his visit.

Transit was a topic of discussion in all meetings. In his discussions with Sharif, Nazarbayev commented that Kazakhstan’s Nurly Zhol economic programme, China’s New Silk Road Economic Belt initiative and the Karakoram road that connects Pakistan and China would enhance cooperation between Kazakhstan and Pakistan, and the Kazakhstan-Turkmenistan-Iran railway will now link landlocked Kazakhstan with Pakistan’s seaports. “These transport links allow us to improve trade and economic relations,” the President said. 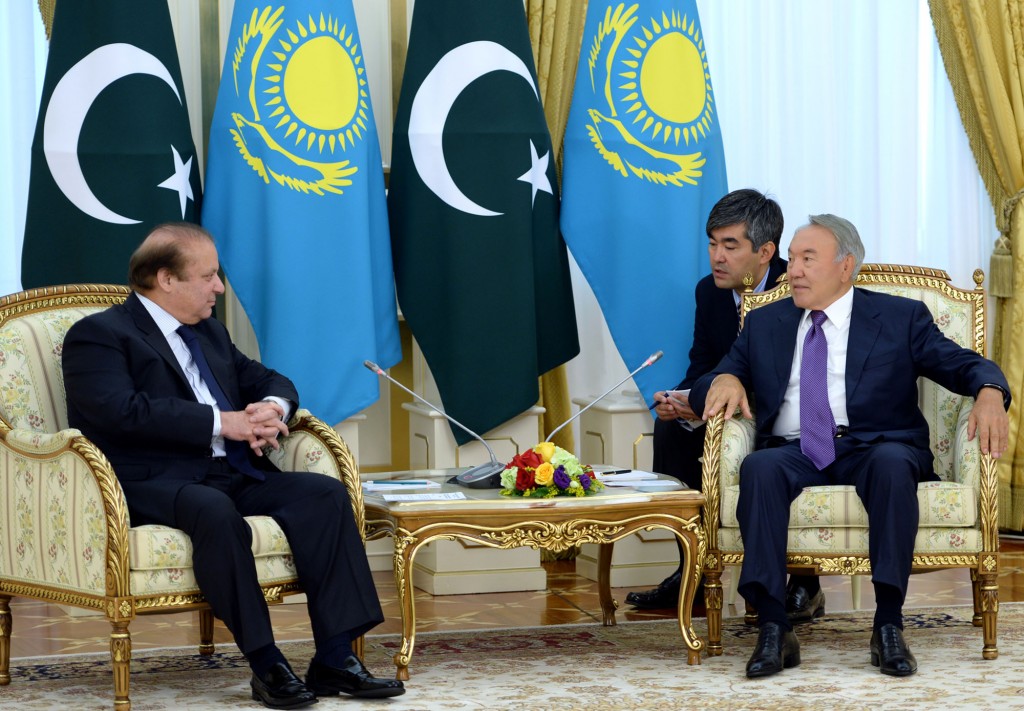 “We invite Kazakhstan to become part of the Sino-Pakistani transport system, which will give access to your country and other countries in the region to the Persian Gulf,” Sharif said, according to the Akorda. He also said Pakistan would like to develop relations in many areas, including energy, trade and economy and, of course, transport.

In a joint briefing following their meeting, Sharif said, “We agreed to strengthen cooperation in education and science, the economy, transport, shipbuilding, as well as in the field of air transport. Agreements have been reached on the import of Kazakh oil and gas, the opening of joint ventures in light industry, agriculture, the pharmaceutical industry and other areas,” according to the Akorda.

Nazarbayev also praised Sharif’s political and economic reform efforts, saying, “Under difficult conditions you are successfully carrying out economic and political reforms in the country and maintaining an active international policy, raising the authority and role of Pakistan.”

Meeting on Aug. 25, Sharif and Massimov discussed expanding trade and connectivity. According to the website of the prime minister of Kazakhstan, the two discussed cooperating in investment, the energy sector and agriculture and developing bilateral business connections.

The prime minister of Pakistan also said he looked forward to seeing a prosperous Central Asia linked by rail, raid and air routes. “Pakistan’s ports [of Gwadar and Karachi] provide the shortest route to sea for the Central Asian republics,” he said in his meeting with his counterpart.
The three agreements were signed following Sharif’s meeting with Massimov.