ASTANA – FC Astana slipped by APOEL of Cyprus in a narrow 1-0 victory in front of a nearly sold-out home crowd at Astana Arena on Aug. 18. 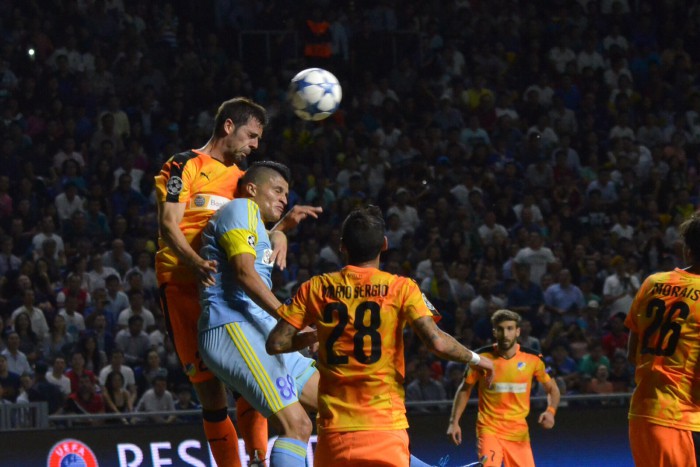 The young Astana club, at only seven years old, is making its UEFA Champions League debut this year and so far the club is unbeaten in three encounters (two wins and one draw), having eliminated Maribor, Slovenia and HJK Helsinki, Finland, to reach the final stage of the playoffs.

The team threw an all-out attack at the Cypriot team for the first 20 minutes of the first half, and it paid off.

FC Astana striker Baurzhan Dzholchiyev used teammate Foxi Kethevoama’s almost-perfect cross into the box to bring his team to victory in the 14th minute. FC Astana has not lost on home turf in a year.
Perhaps because this was their first meeting, the Cypriots simply did not know what to expect from the Kazakhs, who are hungry to make an impact in their first UEFA showing.

And although FC Astana’s assistant manager Gregory Babayan told local media that APOEL was Astana’s toughest opponent en route to the Champions League group stage, he admitted that he did not fear the Cypriot club. His confidence was evident in the team’s strategy on the field. After the goal, Astana preferred not to protect their lead, but kept pressuring their guests, seeking another goal, especially in the last three minutes of the match. 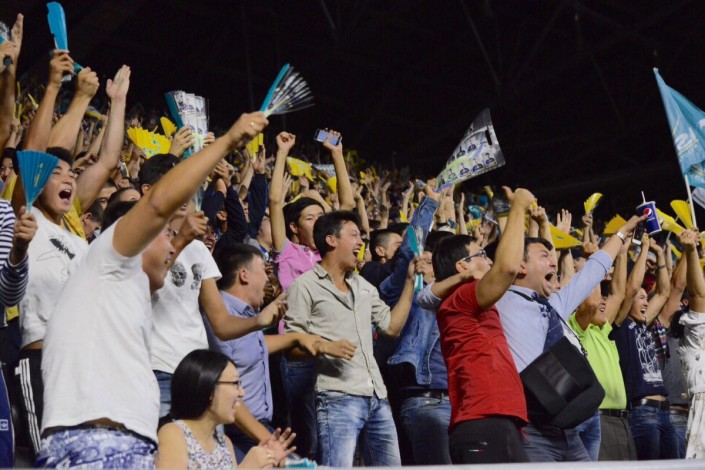 “We started pretty bad,” APOEL Manager Domingos Paciencia said after the match, as reported by Vesti.kz. “Though I wouldn’t say that we were not prepared for the match. Astana played aggressively, scored fast and it impacted our team; we were nervous. We didn’t score in the second half either, but we still have a home game to play. I hope we will score at home.”

Despite getting back into the game toward the end of the first half and staging some serious attacks in the second half, the Cypriot club couldn’t come back and produce a goal.