By Aurelia Bouchez in Editorials on 9 October 2013

October 10 is World and European Day against the Death Penalty. This is an opportunity to talk about human rights and recommit to our values. 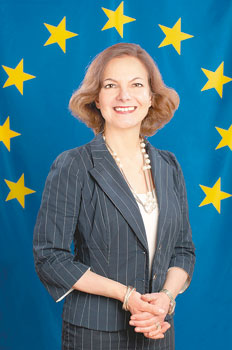 The European Union has a strong and principled position against the death penalty, at all times and at all circumstances. All 28 EU member states have abolished death penalty, but we have also committed to seek to end the practice outside our borders.

For that reason, abolishing capital punishment worldwide is one of the chief objectives of the EU’s external policy. The EU’s High Representative, Catherine Ashton, has made clear on several occasions that one of her top priorities is to continue the EU’s long-standing campaign against the death penalty worldwide.

We are convinced that abolishing the death penalty preserves human dignity, while imposing it fails to deter crime more effectively than other punishments. Capital punishment contravenes the defendant’s right to life and to be free from cruel, inhuman or degrading treatment or punishment.

The EU is a global leader in the fight to end these practices. After extensive lobbying and outreach, the EU played a key role in the December 2012 adoption of United Nations Resolution 67/206, which calls for a global moratorium on the execution. 111 countries, including Kazakhstan, supported this Resolution. In June 2013, the EU’s Special Representative for Human Rights participated in the 5th World Congress against the death penalty in Madrid, presenting the updated version of the EU’s Death Penalty Guidelines to thousands of civil society and political representatives.

But we are doing more than simply talking about abolishing the death penalty. Since 2007, the EU through the European Instrument for Democracy and Human Rights (EIDHR) has allocated almost 20 million Euros to projects around the world. In 2012 alone, the European Commission launched 8 key worldwide initiatives worth 7 million euros. The EU has supported projects on the subject in Kazakhstan. One good example is the EU funded project “Progressive Abolition of the Death Penalty and Alternatives that Respect International Human Rights Standards” that was implemented by Penal Reform International.

We warmly welcome the Government of Kazakhstan’s support for the International Commission against the Death Penalty. The European Union encourages Kazakhstan’s continuing efforts to gradually abolish the death penalty. In June 2003, Kazakhstan declared a moratorium on capital punishment and in 2007 amended the Constitution to abolish the death penalty in all cases except deadly acts of terrorism and war crimes.

The author is the Ambassador and Head of the EU Delegation to Kazakhstan.