Strategy 2050: Kazakhstan’s Way in Non-Proliferation of Weapons of Mass Destruction

President Nursultan Nazarbayev, in his address to the nation, Strategy Kazakhstan 2050: New Political Course of the Established State, positively assessed the way the country has developed since independence. The results of Kazakhstan’s Development Strategy 2030, a number of parameters of which we managed to achieve in advance, characterise Kazakhstan as an ‘established state,’ which withstood the global crisis of 2008-09 and became a strong, independent state. In his address, President Nazarbayev expressed confidence Kazakhstan’s new goal of joining the thirty most developed and prosperous nations by 2050 is achievable. 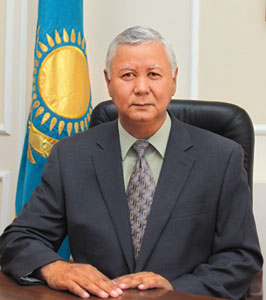 Currently, the country is pursuing democratisation and liberalisation. Harmony and peace among different social, ethnic and religious groups can be observed. The national economy uses a modern model of a market economy based on private property, free competition and openness. The government is actively involved in attracting foreign investment. Kazakhstan has received the recognition of the international community as a responsible and reliable partner. And it takes a special place in the international community due to President Nazarbayev’s initiatives in the processes of strengthening and promoting the non-proliferation of weapons of mass destruction.

In 1991, President Nazarbayev proposed the idea of banning nuclear tests around the planet, and he was the first to implement this plan on our own territory: on August 29 that year, the Semipalatinsk nuclear test site, where for four decades more than 450 nuclear explosions took place, was closed. In his speech at the International Forum For a Nuclear-Weapons Free World, which took place on October 12, 2011, he said “Mainly thanks to Kazakhstan’s actions, all other tests sites of the planet have become silent – Nevada, Lop Nor, Novaya Zemlya. Powers of the nuclear club have begun to observe a moratorium on testing.”

After the collapse of the Soviet Union in 1991, our republic faced the presence of a huge nuclear arsenal in the country. It exceeded the nuclear forces of France, Britain and China put together: 1,040 warheads for intercontinental missiles and 370 warheads for missiles to be placed on strategic bombers. Two divisions of strategic missile forces with powerful missile systems and a division of heavy bombers, the carriers of long-range cruise missiles, were on the territory of Kazakhstan.

The formation of the new independent state took place amidst a collapsed economy and other enormous difficulties. It was at that time, based on the interests of the state and the need to ensure peace and security in the world, that the leadership of the country, headed by President Nazarbayev, made the decision to withdraw nuclear weapons from Kazakhstan and eliminate its nuclear weapons infrastructure.

Kazakhstan became a party to the Treaty on Non-Proliferation of Nuclear Weapons (NPT), ratifying it on December 14, 1993. It was also the legal successor of the former Soviet Union’s obligations with respect to treaties in the military field. In order to further implement the NPT, on February 14, 1994, our republic became a member of the International Atomic Energy Agency (IAEA).

At the same time, the country’s leadership succeeded in obtaining firm international security guarantees for Kazakhstan from the leading nuclear powers, the U.S., Russia, the U.K., France and China. This allowed the country’s leadership to take measures to withdraw from the territory of Kazakhstan all nuclear warheads, intercontinental ballistic missiles and strategic bombers by May 1995. From 1996 to 1998, with the assistance of Russia and U.S., all the infrastructure of nuclear weapons in Kazakhstan was eliminated.

President Nazarbayev’s bold but deeply thought-out action plan to close one of the world’s largest nuclear test sites, get rid of nuclear weapons and eliminate their infrastructure has helped the international community maintain stability, order and security globally. Good planning and implementation of activities in the field of non-proliferation and nuclear threat reduction allowed Kazakhstan to focus on solving problems in the political, economic, and social spheres in the difficult time of establishing itself. As a result, the government of Kazakhstan has managed to create the conditions to successfully put the country on a path of development.

The cornerstone of the process of strengthening and promoting the non-proliferation of weapons of mass destruction in the world is the NPT, which corresponds to Kazakhstan’s policy in this area. Based on the NPT, our country has implemented key initiatives for ensuring regional and global security.

At the 51st session of the UN General Assembly in September 1996, Kazakhstan became a member of the Comprehensive Nuclear Test Ban Treaty (CTBT), which plays a catalytic role in strengthening the non-proliferation regime. Thanks to the activities of Kazakhstan in the international arena in the field of nuclear disarmament in 1994-96, our republic was granted observer status (1996), and on August 5, 1999, was accepted as a member of the consensus-based Conference on Disarmament. Kazakhstan’s constructive policy in the field of non-proliferation is demonstrated through its support of international efforts to combat the threat of nuclear terrorism. On May 13, 2002, Kazakhstan joined the international organisation, the Nuclear Suppliers Group. On December 22, 2004, our country acceded to the Convention on the Physical Protection of Nuclear Material of October 26, 1979, which aims to improve cooperation mechanisms to prevent and combat theft of nuclear material and sabotage of nuclear facilities.

Kazakhstan has played a key role in the creation of a nuclear-weapons free zone in Central Asia, which has the objective of strengthening nuclear non-proliferation, developing cooperation in the use of nuclear energy for peaceful purposes, rehabilitating territories affected by radioactive contamination and strengthening regional and international peace and security. Currently, our country continues to work actively to support the establishment of similar zones in other parts of the world, primarily in the Middle East.

Developing Kazakhstan as a world leader in the field of non-proliferation, the president stands for holding international forums and practical events that serve one purpose: to work towards a nuclear weapon free world, human progress and the prosperity of life on earth.

On April 13, 2010, at the Global Nuclear Security Summit in Washington, U.S. President Barack Obama underlined the significant role of our country in international security, calling Kazakhstan “a world leader in non-proliferation.” In September 2010, Astana hosted the conference of the Global Initiative to Combat Nuclear Terrorism, as well as the inaugural meeting of its group on implementation and evaluation.

On October 12-13, 2011, in Astana and Semey, the International Forum for a Nuclear-Weapon Free World was held, which was dedicated to the 20th anniversary of the closure of the Semipalatinsk nuclear test site. Heads of states and international organisations addressed the international forum, noting the historical role and invaluable contribution of Kazakhstan in the process of strengthening the non-proliferation regime. In 2012, Kazakhstan joined the Group of Eight (G8), a global partnership of countries against the proliferation of weapons of mass destruction, and submitted projects for consideration of the participating states for further implementation. President Nazarbayev’s leadership in the global process of non-proliferation has been recognised in the world. At the Global Nuclear Security Summit in Seoul in March 2012, the presidents of the two great nuclear powers, the United States and Russia, expressed their gratitude and respect for President Nazarbayev for his long-term and consistent leadership in reducing the nuclear threat in the world. President Obama said, “Twenty years ago, Kazakhstan decided to abandon nuclear weapons. And it has not only led to the growth and prosperity of Kazakhstan, but also to its becoming a model for efforts around the world for the elimination of nuclear materials.”

On August 27-29, 2012, Kurchatov, Semipalatinsk and Astana hosted the international conference, From a Nuclear Test Ban to a Nuclear Weapon Free World. The event was held on the U.N. International Day Against Nuclear Tests.

President Nazarbayev, speaking at that conference, announced the launch of a new international initiative, the ATOM Project whose acronym stands for Abolish Testing. Our Mission. The purpose of the project is to enable every person in the world to sign an online petition to the governments of the world to permanently abandon nuclear tests and to achieve the early entry into force of the Comprehensive Nuclear Test Ban Treaty. At the end of the conference, the appeal was accepted with a call to get rid of nuclear weapons. According to conference participants and international experts, Kazakhstan’s new initiative was another important step in strengthening international security.

On August 29, 2013, the world commemorated the UN International Day Against Nuclear Tests for the fourth year. In his statement on the event, UN Secretary General Ban Ki-moon called on the world to seek an end to nuclear testing. Our country marked this day with the opening of the Kazakhstan hall in the U.N. Palace of Nations in Geneva. Many of Kazakhstan’s embassies in foreign countries held events on the anti-nuclear policy of the country with the participation of public and political figures and representatives of the media. Social and political events in many organisations, governmental agencies and educational institutions were dedicated to this important date.

Given the sustained contribution of Kazakhstan to strengthening non-proliferation and disarmament efforts, we can say our country continues today to walk at the forefront of the global anti-nuclear movement. President Nazarbayev noted in his address in December 2012, “All this is the recognition of the role of our country in global politics. Due to such a responsible policy, Kazakhstan is rightly recognised as a leader of non-proliferation and a model for other states.”

In his address to the people of Kazakhstan, President Nazarbayev noted that Kazakhstan’s Strategy 2050 is a harmonious continuation of Strategy 2030 and takes his vision for the country’s development further. The president noted that our country must continue to further support all advanced international initiatives and to contribute to global security. This task is in line with with the president’s statement at the Seoul Nuclear Security Summit in March 2012 on the adoption of the UN Universal Declaration of a Nuclear-Weapon-Free World as the next step toward getting the countries of the world to sign the Nuclear Weapons Convention.

The author is a retired colonel and deputy head of the Department of Informational and Analytical Work of the Centre for Military and Strategic Research in Astana.