For nearly two decades, the Constitution of the Republic of Kazakhstan has represented the nation’s poli-legal system, as well as Kazakh statehood and sovereignty. 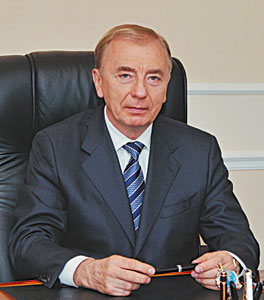 The document establishes national values and reflects the will of the people, as well as the country’s intellectual potential and mandates compliance with international standards. The synthesis of constitutional provisions with international law, particularly in regards to humanitarian issues, has put Kazakhstan on par with countries with fully developed legal systems.

Thanks to carefully and properly executed constitutional politics and the course of action taken by President Nursultan Nazarbayev to ensure the full implementation of basic laws, Kazakhstan has made impressive progress in all areas. The implementation of constitutional rule is carried out systematically and in accordance with national policies and the President’s state of the nation addresses as well as his speeches, which are all inspired by the Constitution.

The Strategy Kazakhstan 2030, proclaimed in the early days of independence by the head of state, greatly contributed to the practical implementation of constitutional principles in everday life. That strategy listed seven long-term priorities: national security; political stability and the consolidation of society; economic growth based on a free market economy with a high level of foreign investment and domestic savings; health, education and the welfare of Kazakhstan’s citizens; energy resources; infrastructure, particularly transport and communications, and a professionally run state. Each of these areas has been reformed in accordance with national and regional policies based on relevant provisions of the Basic Law.

Parameters being met ahead of schedule necessitated a revision of prospects for the country’s development and promulgation. This was done by the President in a new address titled “Kazakhstan 2050: A New Policy for the Established State”. The main objective of the document is the attainment of ambitious goals, namely accession to the list of thirty most developed countries by 2050. Each segment of the strategy logically flows from and corresponds to the norms of the Constitution.

The idea of the Society of Universal Labour implies the constitutionally guaranteed right of everyone to freedom of work, free choice of occupation, freedom of enterprise and the use of property for any lawful business activity amongst other things. The state guarantees each citizen working conditions that meet safety and hygiene standards, remuneration for labour without discrimination and social protection against unemployment. All of this allows a balanced social policy. A high quality of life with particular emphasis on quality education, high-tech medicine, healthy living, mass sport and the construction of affordable housing is a real priority in the quest to develop our country.

Marriage and family, parenthood and childhood, as they are enshrined in Article 27 of the Constitution, are under the protection of the state, which will continue to provide targeted support for socially vulnerable segments of society and fully uphold the institution of family as the basic unit of society.

The strategic objectives of further modernization of the national legal system are in tune with the Constitution. Ensuring the competitiveness of the basic branches of public and private law and improving the efficiency of the law enforcement system require a set of measures to strengthen the sanctity of human rights in the country’s main law.

The principle of zero tolerance for offense stems from the duty of each to observe the Constitution and laws of the Republic and to respect the rights, freedoms, honour and dignity of others.

An important priority of the strategy is consistent and predictable foreign policy — the promotion of national interests and the strengthening of regional and global security.

According to the Constitution, Kazakhstan respects the principles and norms of international law, pursues a policy of cooperation and good neighborly relations by honouring the equality of foreign states, practicing non-interference in their internal affairs, seeking peaceful settlements to international disputes and pledging abstinence from the offensive use of armed force.

Constitutional provisions pertaining to the country’s multi-vector foreign policy that date back to the first years of independence have allowed the development of close partnerships with other countries and Kazakhstan’s arrival at its rightful place in the global community. Kazakhstan is an active participant in the UN, OSCE, OIC, CIS, SCO, CICA, CSTO, EurAsEC and other organisations.

The country’s success in promoting the rule of law was once again recognized by a decision of the General Assembly of the United Nations regarding the November 12, 2012 election of Kazakhstan to the UN Council on Human Rights.

On November 22, 2012, the General Assembly of the International Exhibitions Bureau in Paris announced that Kazakhstan will host World Expo 2017. This is recognition of the economic, scientific, technological, social and cultural achievements of our Republic by the international community, as well as its role in the formation of new approaches to the development of a global economy relevant to all humankind in areas such as alternative energy and “green” economy.

The Strategy Kazakhstan 2050 also highlights issues surrounding the preservation and strengthening of social cohesion. The basis for the success of Kazakhstan’s multi-ethnic and multi-religious society is the new Kazakhstan’s patriotism, the foundation of which is equality for all citizens and their shared responsibility for the prosperity of the motherland.

Ethnic and religious harmony is one of the main achievements of Kazakhstan, where more than 120 ethnicities live and work together in peace. Kazakh lands have hosted four congresses of world and traditional religions where leaders were brought together at one table. Again, the basis for this success lies in the Constitution of the Republic.

In short, it can be stated that “Kazakhstan 2050” is an important long-term policy aimed at the further implementation of the Constitution in an already established state.

The author is the Chairman of the Constitutional Council of the Republic of Kazakhstan.