By Darkhan Nurpeissov in Editorials on 21 August 2013 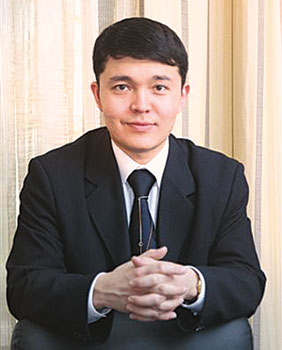 The reasons for introducing and developing Islamic financing in Kazakhstan include the need to reduce dependence on a single source of funding, i.e. diversifying investment flows; to attract foreign long-term investments for implementing industrial development plans as well as to involve the financial resources of people unaware of the availability of Islamic financial instruments in the economy of the country. These are not only great opportunities, but also niches of Islamic financing in the country.

Politically, further intensification of relations between Kazakhstan and Muslim countries meets the strategic interests of our country and is an additional factor in strengthening the independence, sovereignty and territorial integrity of Kazakhstan. Such a policy contributes to the maintenance of a balanced foreign policy and strengthens a number of Kazakhstan’s strategic directions of diplomacy, in particular connections with Asia, the Middle East, Muslim nations and oil nations, as well as other vectors.

In economic terms, Kazakhstan is already attracting investors from Muslim countries who, due to the development of Islamic financing, can now invest not only through direct financing, but also make portfolio investments in companies. In addition, the inflow of investments from the Middle East will help the economy of Kazakhstan cope with a lack of liquidity in the short term and will contribute to the development of the economy in the long term.

It is important to note that the financial crisis has caused public confidence in the formal financial system to decrease considerably. In world practice, there is a tendency toward principles of socially responsible investing (ethical investment), which include not only maximising profit but also creating benefits for society. These investment principles aim to solve social and environmental problems and human rights issues. These circumstances provide new opportunities for the development of Islamic financing in Kazakhstan and in the world as a whole.

It is worth noting that another feature of the Islamic financial system is the proper use of loans. In addition, transactions in Islamic financing may not be concluded on the basis of financial assets and instead should be provided by a real asset that contributes to the development of the real production sector. This also eliminates the speculative component of the financial market.

The complexities of adaptation

In addition, the majority of financial instruments and methods in the field of Islamic financing are complex. According to Sharia norms, there is disagreement among Islamic scholars on the interpretation of these rules and regulations. Approval by Islamic organisations of products and services depends on the model used and differs from country to country, which significantly complicates the regulation of Islamic financing.

Taking into account the above risks, the National Bank of Kazakhstan joined the Islamic Financial Services Board (IFSB) as an associate member in November 2012. In addition, The National Bank has developed a legislative framework for managing Islamic financial transactions based on standards of the Accounting and Auditing Organisation for Islamic Financial Institutions (AAOIFI) as part of the general principles of the International Financial Reporting Standards.

In this regard, Kazakhstan hosts international forums, conferences and training seminars on a permanent basis. It is important to note that the graduate training programme of the National Bank of Kazakhstan for the 2012-2013 school year on includes the discipline “Fundamentals of Islamic Financing.”

Perspectives on the development of Islamic financing in Kazakhstan can be significantly distorted due to a lack of knowledge among potential customers, who today mistakenly associate Islamic financing with interest-free loans. In this regard, Kazakhstan is taking measures to improve the financial literacy of the population, including on Islamic financing. For example, the teaching web site www.fingramota.kz includes a special section on Islamic financing, which contains detailed information about Islamic finances. Interviews and analyses are constantly being held on the topic and articles covering aspects of it are frequently published.

I also consider it necessary to dispel the misconception that the Islamic financial system is associated with the financing of terrorism. The first thing to remember is that prohibited activities under the principles of Islamic financing include funding the production of weapons and ammunition. It is important to note that Islamic financial institutions, in contrast to traditional ones, are supervised by the Sharia Board, which checks the activities of the institutions for compliance with sharia principles.

In addition, Islamic banks are second-tier banks in the traditional system of financing, which operate within the regulatory regime and are subject to inspections by state regulatory authorities. On August 28, 2009, the law “On counteraction to legalisation (laundering) of the proceeds from crime and financing of terrorism,” was adopted, according to which subjects of financial monitoring, including Islamic and conventional banks, should take due diligence measures with regard to their customers.

The author is the director for development of the Regional Financial Centre of Almaty City and Islamic Financing of the National Bank of Kazakhstan.