Kazakhstan and Uzbekistan, along with other countries in the region occupy key positions in Central Asia due to their exclusive geopolitical location, presence of large reserves of minerals, their energy, transit and transport potentials, as well as investment attractiveness. 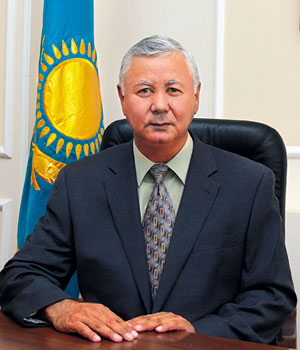 The peoples of Kazakhstan and Uzbekistan have a long history, culture and spiritual closeness. Both countries have numerous diasporas and ethnic communities on each other’s territories. In both countries, Islam is a dominant religion, while other religions also live in tolerance. Commonality of interests and inextricable ties of fates of the Kazakhs and the Uzbeks make the basis of relations of these two countries, which is evidenced by the course of history.

The peoples of both countries participated in the Great Patriotic War in the fight against the common enemy, the Nazi Germany. At that time, defense factories were evacuated to the region from the European part of the Soviet Union and refugees arrived from regions near the front line. In the difficult situation, the people of these republics produced everything necessary for the front and the victory. Military units were formed here. They heroically fought at the war fronts. One of these units is the famous Panfilov Division, which defended Moscow in the hard period for the country. Thereafter, Kazakhstan and Uzbekistan participated in the making of a strong union state.

Good-neighborliness and friendly mutual assistance between the Kazakhs and the Uzbeks clearly manifested themselves at the times of troubles. The 1966 earthquake that destroyed the most of Tashkent echoed in the hearts of people with pain. Representatives of all republics of the former Soviet Union participated in eliminating the consequences of the disaster. The whole USSR came together to rebuild the capital of Uzbekistan. Fraternal assistance of the Kazakh people in the rebuilding of Tashkent and rendering of humanitarian aid to its population was invaluable.

In turn, the brotherly Uzbekistan, along with other republics of the former Soviet Union, in 1973, assisted in the prevention of a possible dam break in the mountains above the then Kazakhstan capital Alma-Ata. The threat to the then capital of Kazakhstan was removed thanks to continued and hard work of engineers, workers and people of many professions. Mutual assistance between the Kazakh and Uzbek peoples cannot be forgotten for centuries, it is traditional for our countries.

In modern days, according to the 2050 Strategy, Kazakhstan’s foreign policy top priorities include comprehensive strengthening of the regional and national security, active development of economic and commercial diplomacy, intensification of international cooperation in cultural, humanitarian, scientific, educational, and other related fields.

In 2012, in Kazakhstan, there were 493,000 ethnic Uzbeks, making them the third largest ethnic group in the country. According to Wikipedia, a total of 78 schools with the Uzbek language of teaching are working in the places of compact residence of the Uzbek population. Currently, more than 900,000 Kazakhs live in Uzbekistan. A total of 493 schools with Kazakh language of teaching operate there, and seven universities have faculties of Kazakh language and literature, according to the Uzbek statistics.

The indicators trade and economic cooperation between these two countries are of no less importance. According to the 2012 data, the volume of trade turnover between Kazakhstan and Uzbekistan made US$2.16 billion, with Kazakhstan exports reaching US$1.3 billion, and imports making up US$ 817 million. In the next two to three years, Kazakhstan and Uzbekistan plan to increase the volume of trade turnover to US$5 billion by expanding the range of reciprocal deliveries. The main Uzbekistan imports from Kazakhstan are petroleum products, food products, ferrous and non-ferrous metals, chemical products. The main Uzbekistan exports to Kazakhstan are natural gas, food and chemical products.

“The success and prosperity of the two countries are based on the friendship, cooperation and mutual support, and such a content of partnership is not only a diplomatic politesse, by the demand of the time,” President Nursultan Nazarbayev of Kazakhstan noted.

Uzbekistan has made tremendous achievements in economic, social and political life, in the fields of education and culture and the increase of the international prestige. President Nazarbayev has emphasized that Kazakhstan considers Uzbekistan a brotherly country, a good neighbor and a strategic partner in Central Asia.

Stressing the importance of the relationship between our two countries, President Islam Karimov of Uzbekistan has said that “Uzbekistan and Kazakhstan were and still are true partners and allies. We appreciate, cherish our historically formed friendly and traditional good-neighborly relations, common roots, values and interests that have been binding our people for many centuries. I am convinced that the awareness of these roots, a solid understanding of the common interests of our people provide the foundations of development, the strengthening of bilateral relations, despite the vicissitudes of today’s challenging times in which we live.”

Back in February 2005, in his state-of-the-nation address to the people of Kazakhstan, President Nazarbayev stressed the need for integration of the Central Asian states in order to meet today’s challenges in the region.

“Our further integration is the path to stability and progress in the region, economic, military and political independence. Only in this case, will the region be respected in the world. Only in this way will we ensure safety, and will we deal effectively with terrorism and extremism. Last but not least, such unification meets the interests of ordinary peoples living in our region.”

This idea is built upon in the provisions of the Kazakhstan 2050 Strategy, which states: “We should continue to be aware of our responsibility for regional security and to contribute to the stabilization of Central Asia… Intra-regional integration is the best way to stabilize Central Asia. That is the way forward through which we can reduce the conflict potential in our region, to address pressing social and economic problems, untie the knot of water and energy and other contradictions.”

The development of a common position and strategy on water and energy issues in the region is invaluable for the development of the economy of both countries. In this connection, it is necessary to agree on this position with upstream neighbouring countries, within territories of which the sources of the trans-border rivers flowing downstream through Uzbekistan and Kazakhstan are located.

Along with the goals and measures for the strengthening and development of the economy, one of the common tasks for Kazakhstan and Uzbekistan is ensuring security in Central Asia given the withdrawal of the international coalition from Afghanistan. This requires from the leadership of both countries to develop and implement further common approaches to preserving and enhancing stability and prosperity in the region.

Despite the fact that Uzbekistan withdrew from the Collective Security Treaty Organization, that country intends to address these security issues on a bilateral basis with the relevant countries. For example, it can be done based on the Treaty of Eternal Friendship between Kazakhstan and Uzbekistan, which was signed on October 31, 1998 and entered into force on January 17, 2000. The same treaties are concluded between Uzbekistan and Russia, as well as other countries in the region.

During the official visit of President Islam Karimov to Kazakhstan on September 7, 2012, a joint statement on consolidation and further strategic cooperation between the two countries was issued. At that point, the President of Kazakhstan noted the symbolism of the official visit of the President of Uzbekistan to Kazakhstan held on the eve of the 20th anniversary of establishment of diplomatic relations between the two countries. It was emphasized that in this period a solid legal base, including more than a hundred agreements, was developed, allowing for further progressive development of the mutually beneficial cooperation.

Kazakhstan and Uzbekistan are expanding cooperation in combating transnational threats and challenges through multilateral organizations such as the Shanghai Cooperation Organization (SCO) and others. Both countries have made a significant contribution to the creation of a nuclear weapons free zone in Central Asia, according to the Treaty of Semipalatinsk signed on September 8, 2006 and ratified by member countries on January 5, 2009.

Kazakhstan and Uzbekistan are also states – parties to the CIS Treaty on a free trade zone. During the Kazakh-Uzbek summit in Astana on September 7, 2012, an agreement on joint practical steps on registration procedures for Uzbekistan’s accession to that Treaty was reached. The Council of CIS heads of government approved the decision of Uzbekistan to accede to the free trade zone in Yalta on September 30, 2012.

The peoples of the fraternal countries pin high hopes on June 14 visit of President Nursultan Nazarbayev to Uzbekistan that it will give an additional impetus to further development of bilateral relations. The mutual intention of Kazakhstan and Uzbekistan towards deepening the strategic partnership is for the benefit of their peoples and all-round prosperity of both countries.

The author is the acting head of the Institute of Statehood, Security Problems and Development of the Nazarbayev Center.