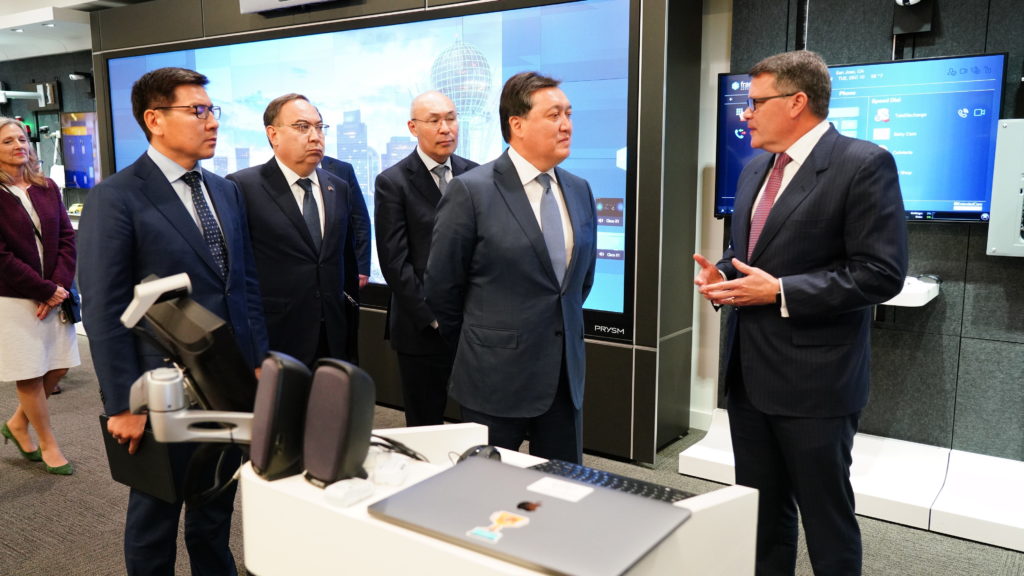 Mamin, as part of his visit to the United States, met Dec. 11 in San Francisco with the heads of global innovation, digital development, venture financing and energy companies.

He met with the World Economic Forum’s (WEF) Centre for the Fourth Industrial Revolution (CFIR) leadership and discussed with WEF Managing Director Richard Samans cooperation in regulation of innovative technologies. As a follow up, the CFIR and Astana International Financial Centre (AIFC) signed a strategic partnership agreement, which will develop the Internet of Things (IoT). This will allow for the opening in Kazakhstan in 2020 of WEF Affiliate Centre for the Fourth Industrial Revolution, which will provide state support for innovative projects and latest technologies development.

In a meeting with the One Web Chief Executive Officer (CEO) Adrian Steckel the sides discussed the possibility of covering Kazakhstan, including remote areas, with high-speed broadband internet via satellites. Steckel and AIFC Governor Kairat Kelimbetov signed a cooperation agreement.

The prime minister discussed the use of artificial intelligence in the oil and gas sectors with C3.ai CEO Thomas Siebel and the implementation of an updated cooperation strategy and achieving the goals set forth in the Digital Kazakhstan state programme with Cisco Vice President Guy Diedrich. Mamin also discussed with Qwasar IT Educational Company Founder Kwame Yamgnane the cooperation prospects in training specialists for the Kazakhstan’s digital economy.

The prime minister also met with 500 Startups Venture Fund’s CEO Christine Tsai, which resulted in Kazakh National Development Institute QazTechVentures joining the 500 Startups’ V Global Fund. The agreement signed between the two organisations envisages the creation of a joint Thematic Venture Fund in Kazakhstan, which will give an impetus to the venture financing and innovative entrepreneurship development, providing start-up companies with venture capital.

Mamin also had the opportunity to meet with Chevron’s Executive Vice President for Exploration and Production James Johnson. The two talked about the expansion of goods and services Kazakhstan proposes on Tengizchevroil, a joint venture that develops, produces and markets oil products. They also discussed the measures to improve social security and labour conditions for Kazakh workers.

As part of the above-mentioned expansion, the negotiations with ValvTechnologies President Kevin Hunt considered opening in Kazakhstan of valve production factory.

The prime minister also visited a Tesla factory, where he discussed the possibility of increasing the number of gas stations and opening service centres for electric vehicles in Kazakhstan. 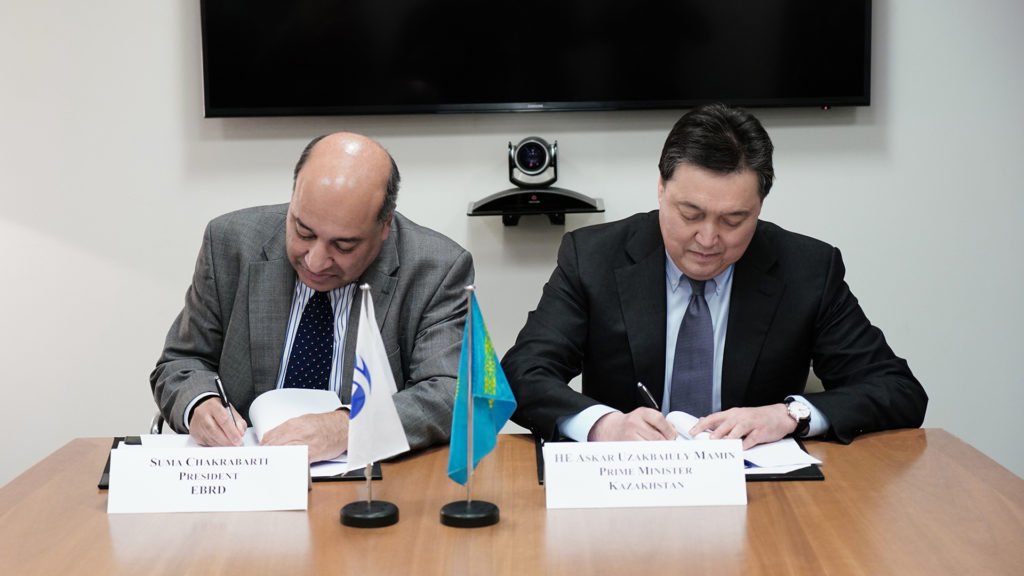 Mamin met Dec. 12 in London with the European Bank for Reconstruction and Development (EBRD) President Suma Chakrabarti. He expressed interest in financing projects to modernise the healthcare infrastructure in Kazakhstan. The negotiations between the two ended with the signing of a memorandum of understanding aimed at the implementation of the Comprehensive Programme for the Modernisation of Healthcare Infrastructure.

“New multidisciplinary hospitals will be built in Kazakhstan as part of the State Health Care Development Program for 2020–2024. We welcome the EBRD’s participation in the modernisation of the health care infrastructure,” said Mamin.

He also noted the importance of EBRD’s participation in the public-private partnership (PPP) projects in housing and communal services, transport infrastructure, renewable energy sources and other spheres, including the construction of the Almaty Big Ring Road.