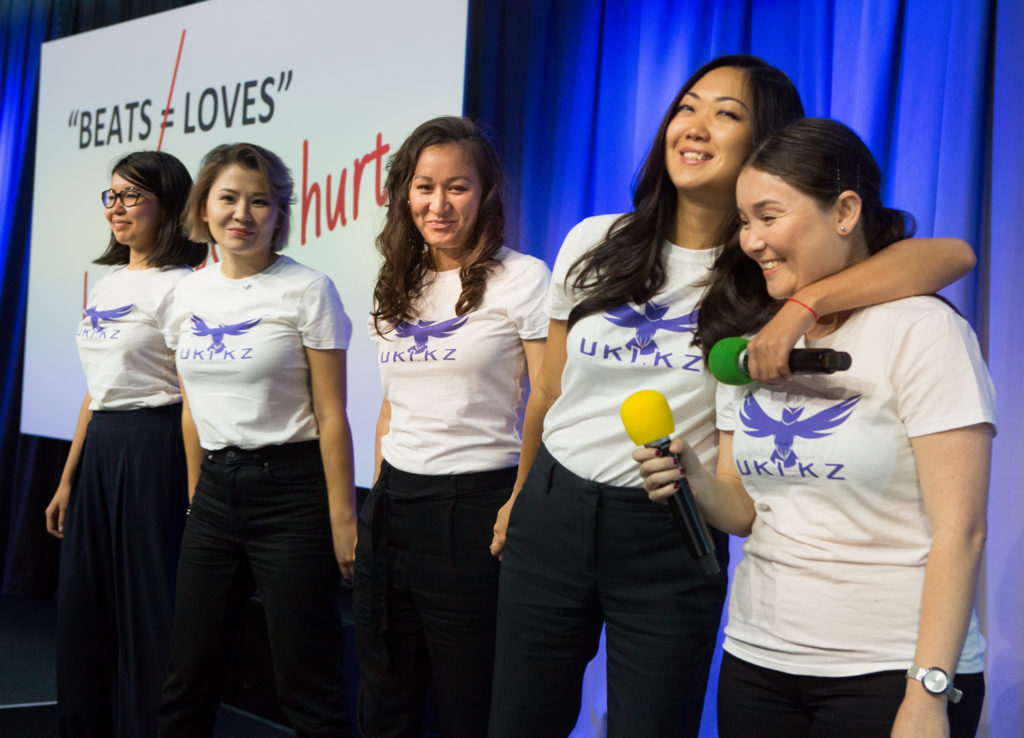 The programme offers intensive mentorship and exchange and gives women a chance to boost their professional capacity and develop a network of contacts in their commitment to make a positive impact in their communities.

It also features project-based mentorships at leading companies in the San Francisco Bay Area and Silicon Valley, including Adobe, Lawrence Berkeley National Laboratory, Mozilla, PayPal, Twitter and Veritas. The programme, initiated by the U.S. Department of State, has had more than 500 graduates in the past seven years.

The organisers received more than 3,000 applications this year, selecting just 98 to form 20 national teams. Participants were asked to address the question – If you could solve any challenge in your country, what would it be?

The issues raised in the projects reflected a wide array of themes from socialising marginalised communities to critical environmental issues. Many, however, focused on women and children, including the project presented by the Kazakh team.

Uki.kz is designed to support women facing domestic violence and abuse. The platform will run offline and online in Kazakh and Russian.

“In Kazakhstan, 70 percent of women experience an act of violence by men at least once in their lives. Five hundred women die every year. Others keep silent, because it is shameful in our society to talk about it. We have a widespread thing, ‘if he beats you, it means he loves you,’” said Tyo, presenting the project during the pitch day hosted at Google.

Uki, meaning sacred bird in Kazakh, is an online platform providing a network of support and assistance, including law, where women can reach out for help.

Despite the distressing statistics, support for women is insufficient. The mission is to “break the statement” and create a “community to have a voice.”

“In this platform, we will ask questions like what abuse is and what I can do to get help, where I can get help and where there are other women like me. All these questions will be addressed in this platform’s various sections. We will link them with professionals in psychology, law, education and medicine,” said Nurpeissova.

The $3,000 seed grant will support the team in implementing its project. They plan to launch the website by the end of 2019.