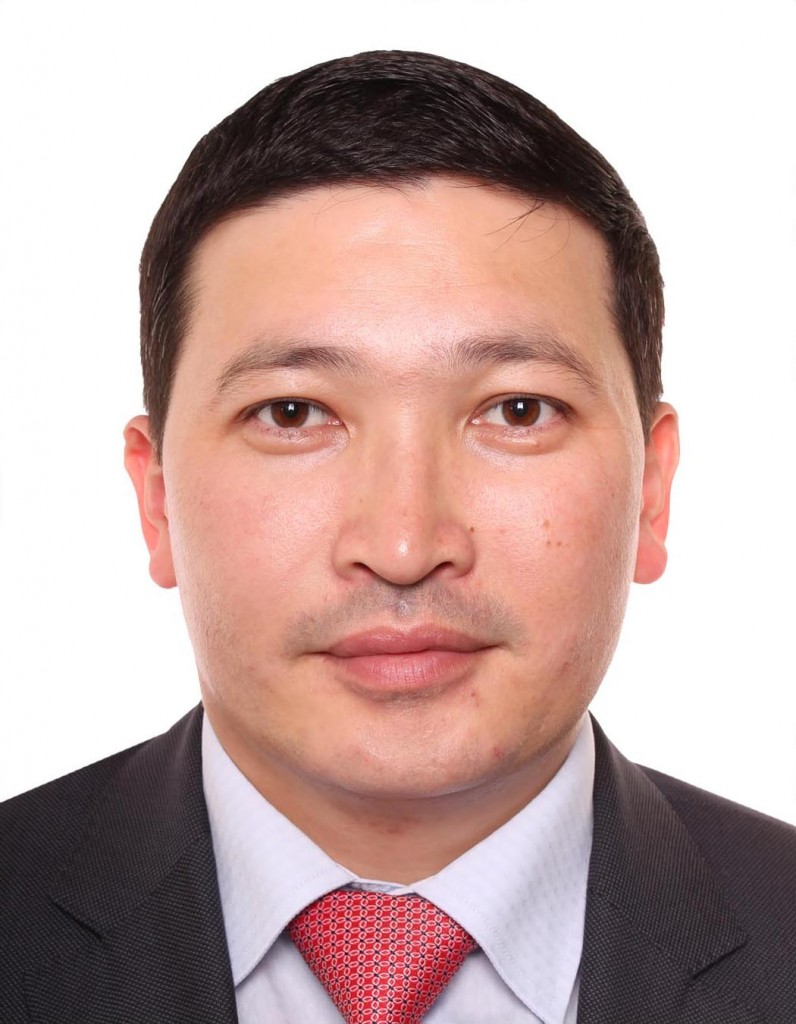 What is the basis of the Kazakh-Polish cooperation, what is the mutual interest of the two countries?

Thank you for your interest in the theme of Kazakhstan-Poland cooperation. On April 6, 2017, we marked the 25th anniversary of the establishment of diplomatic relations between our two countries. Cooperation between Astana and Warsaw has reached a high level and is developing very well.

The approaches of Kazakhstan and Poland to the issues of ensuring regional and global security, fighting the main challenges and threats of the present are common or similar. Moreover, the parties often support each other’s international initiatives. For example, Poland voted in support for the candidacy of Kazakhstan on the issue of holding EXPO 2017.

Thus, from the political perspective, there are no unsettled issues or disagreements between the two countries. At the same time, by mutual recognition of the parties, there is a significant unused potential in the sphere of economic cooperation. In this regard, I think it will be correct to say that the basis of our contacts, first of all, is the promotion of trade and investment and innovation cooperation.

Poland is the leader in economic growth in Central and Eastern Europe, the second-fastest growing economy in the European Union. The GDP growth in 2017 is forecasted to be 3.9 percent. Therefore, it is not by chance that it is one of the leading economic partners of Kazakhstan in the European region. In turn, our country in terms of economic development also takes a leading position in the Eurasian space. As a result, Polish-Kazakh turnover is more than 80 percent of the total trade volume of Poland with the countries of our region.

In August last year, President of Kazakhstan Nursultan Nazarbayev paid a state visit to Warsaw. How did it affect the course of bilateral cooperation?

High-level visits have always been great events in bilateral relations, as they create a powerful stimulus to their further development. As a rule, the meetings of the heads of state result in a breakthrough in all spheres of cooperation: political, economic, cultural, humanitarian, scientific and technical, etc.

On August 22-23, 2016, the President of Kazakhstan visited Warsaw. During the talks with the President of Poland, the sides discussed topical issues of bilateral relations and the international agenda. The visit gave a qualitatively new and significant impetus to the promotion of all-round cooperation between our countries.

Further development can be observed in the legal framework of bilateral interaction. Within the framework of the visit, the Declaration on Economic Cooperation between Kazakhstan and Poland was adopted in the presence of the heads of state, two intergovernmental agreements on cooperation in the field of agriculture and readmission, as well as a Framework Agreement on Cooperation between the Development Bank of Kazakhstan and the Bank of the National Economy of Poland were signed. The latter document provides for opening by the Polish side of a credit line in the amount of 300 million euros to finance joint investment projects in Kazakhstan.

An important event of the visit was the Kazakh-Polish business forum. More than 400 Polish companies and representatives of central state bodies, economic and financial organizations of the two countries took part in it.

What is the situation in bilateral trade?

The visit of the head of state to Warsaw gave a significant impetus to bilateral cooperation, including the sphere of trade, which has become most noticeable since the beginning of this year. In particular, according to the Ministry of Development of Poland, the trade turnover in the first half of 2017 amounted to 601.9 million euros. The increase compared to the same period of last year exceeded 75.5 percent. At the same time, exports from Kazakhstan amounted to 389.1 million euros (up by 90 percent), imports from Poland – 212.8 million euros (a growth of 54.5 percent). It is expected that by the end of 2017 bilateral trade will significantly exceed one billion euros.

What is being done by the embassy to develop mutually beneficial cooperation with Poland?

Currently, private capital of Poland is actively represented in many areas of the Kazakh economy. More than 200 entities with Polish participation are registered in our country. The gross inflow of direct Polish investments into the economy of Kazakhstan amounted to $190 million, and the amount of Kazakh investments in Poland is $25.5 million. Among the Polish flagship investors in the Kazakh economy are Polpharma group of companies (pharmaceutical plant in Shymkent) and Selena Group (a plant for the production of construction mixtures and products for thermal insulation in the Special Economic Zone Astana – New City).

Kazakhstan is regularly visited by representatives of large Polish businesses, who study the possibilities of investing in various projects in Kazakhstan. The embassy strongly supports this process, considering that Kazakhstan has all the necessary conditions for this.

As a new format for cooperation, the embassy sees the interaction of potential Polish investors with a specialised national investment company Kazakh Invest. It is expected to carry out the work by a principle of “one stop shop.” In this regard, the company will not only be the “entry point” for a potential Polish investor, but will also provide its support in interaction with government agencies and solve emerging issues on-site. In general, the embassy is aimed to work on specific points of specific projects. At the initial stage, probably, their number will not be so high, but they will immediately get a commitment to a long-term investment presence in the Kazakhstan market.

We also expect active cooperation with Kazakh Invest and other business entities of Kazakhstan to promote Kazakh products to the Polish market. In this regard, we believe it is important to study the Polish experience in determining the product line and supporting exports. For example, it is interesting, due to what factors, according to the results of the first half of 2017 alone, the volume of income from Polish exports, according to official statistics, amounted to 100 billion euros? Naturally, the most important tasks of any embassy include informing its capital about positive developments in international practice that can be useful in the realities of its own country.

Which sectors of the economy are the most relevant in the Kazakh-Polish cooperation?

Drivers of economic growth in our country are the new sectors of the economy, created in the framework of innovative industrialisation. In this regard, economic cooperation between the two countries will focus on the implementation of joint projects in the fields of pharmaceuticals, engineering, IT, agro-industrial complex, food industry, chemical industry, financial sector, tourism, mining equipment, building materials and furniture. Poland has appropriate technologies and knowledge in these areas. The country is leading in Europe for a number of positions in the industrial nomenclature. In particular, it is the first in the production of TVs, third in the production of copper, eighth in steel and tenth in paper and cardboard production. An important place in the EU economy belongs to Polish agriculture. Poland is the first in the European Union for growing apples, the second for rye and potatoes and the third for beets and rapeseed. Among the European leaders are Polish producers of wheat, milk and meat.

Both countries also have a significant transit-transport potential. Therefore, today joint projects related to One Belt, One Road initiative are also topical. It is noteworthy that the wide-gauge railway track [used in Kazakhstan, Russia, Belarus and other CIS countries] reaches the heart of Poland through its eastern border for a distance of up to 300 kilometres.

A new breath should be given to interregional cooperation between the Kazakh regions and the Polish voivodships. It should be noted that each separate region of Poland has its own production and export priority products. Thus, the eastern voivodships specialise in the processing of agricultural products and the production of agricultural machinery. In turn, the western regions specialise in manufacturing metal structures and plastic products.

An important and new element of cooperation can be the participation of Polish capital in the privatisation of assets of the Samruk Kazyna Sovereign Wealth Fund as well as facilities in the regions within the framework of the Comprehensive Privatisation Plan for 2016-2020.

From January 1, 2017, the introduction of a visa-free regime for Polish citizens, the launch of the direct Astana-Warsaw air communication, as well as active participation of Poland in EXPO 2017, were stimulating conditions for further development of mutually beneficial cooperation.

What other areas of cooperation, except for the development of economic contacts, are of particular interest in the relations with Poland?

The relations between the two countries are expanding in the sphere of education. The impetus for this was the entry into force on June 6, 2016 of an intergovernmental agreement on cooperation in education. Currently, more than 770 students from Kazakhstan study at Polish universities.

Agreements are also being implemented in the field of cultural exchange. For example, in November 2016, the creative team of Astana Ballet showed performances, devoted to the 25th anniversary of independence of our country, in opera theatres of Warsaw and Wroclaw. The works by the canonical writers of the two countries were published in Kazakh and Polish. In the near future, it is planned to sign an intergovernmental agreement on cultural and scientific and technical cooperation.

An important role in strengthening the ties between the two countries belongs to the Polish diaspora residing in Kazakhstan. At present, it accounts to about 34,000 people. It serves as a kind of living bridge of friendship and cooperation between our countries. Kazakhstan has created all conditions for the Polish diaspora, including for the study of the native language, preservation of the national culture and traditions.

The unifying factor of Kazakhstan and Poland is the common memory of the World War II. Over 60,000 Kazakhs died for liberation of Poland from the Nazi invaders. The embassy is involved in the search for burials of the soldiers who died on the Polish territory. At the same time, Kazakh diplomats actively cooperate with archival depositories of local authorities, as well as the Polish Red Cross. In turn, hundreds of Poles worked during the war at defence industries in Kazakhstan.