ASTANA – Simon Hilditch, a 41-year-old buyer from Glasgow, Scotland, has been a fan of Kazakh football for nearly five years. His Twitter account @kazakh75, which promotes the country and its sport, has more than 2,000 followers.

“I became a fan of the club [Kairat] in 2012 when Stuart Duff signed for the club. Duff is a Scottish player who used to play for Dundee United, the club I support in Scotland,” he said in a recent interview with The Astana Times. 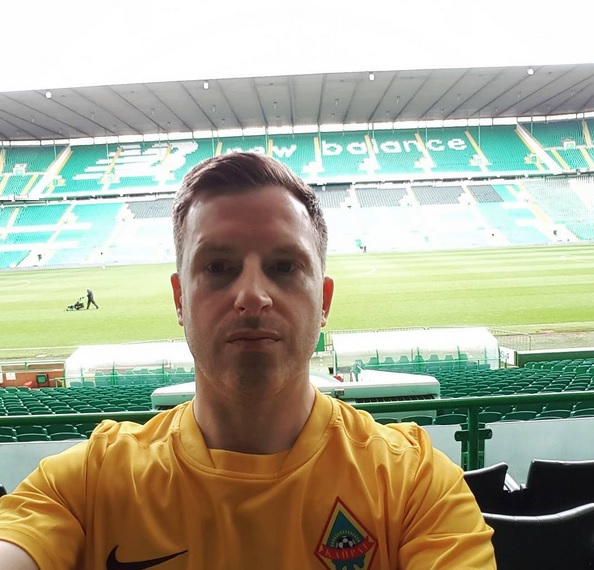 “He was my favourite player when he played for my team in Scotland. Duff was respected by the fans because he was a very honest and hardworking professional. One season he scored a very important goal for Dundee United which helped the team avoid relegation. When he moved to Kazakhstan, it was natural for me to follow his progress,” he added.

He is also familiar with Slovakian striker Miloš Lačný, a former member of the Kairat club who currently plays for another team.

Hilditch created @Kazakh75 in 2014 and now has followers from all over the world – Africa, Asia, Europe, the Americas and Australia.

“Of course I have followers from Kazakhstan, too. I run the account on my own during my spare time,” he said.

The main aim of the account is to inform people about the positive happenings in Kazakh football. It covers the latest news in the sport and highlights recent matches. 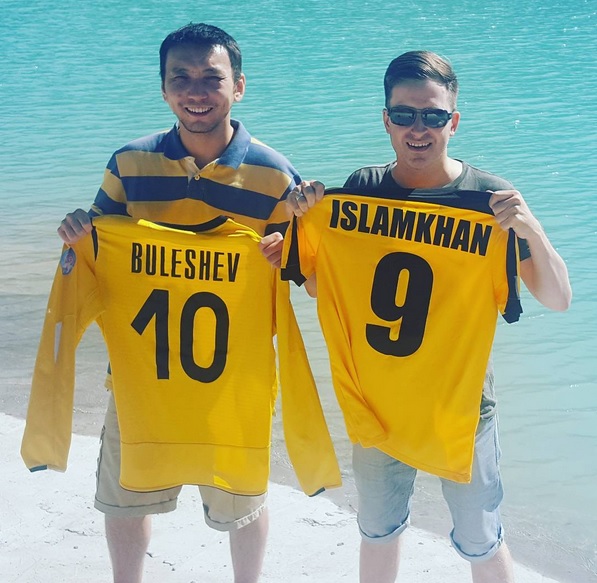 “There was no information about Kazakhstan’s football available in the English language, so I decided to open the account,” said Hilditch.

Hilditch passionately roots for the Kairat club, following its ups and downs.

“Firstly, Kairat is a special club with a great history. It was the only club from Kazakhstan to compete in the old Soviet Top League and was the winner of the European Railways Cup in 1971. This season, Kairat made the best possible start by winning the Super Cup for the first time in its history. However, in the league the team made a disastrous start under Aleksander Borodyuk; because of this, it was always going to be difficult to win the championship. But under Kakhaber Tskhadadze, the team has fought incredibly hard to give themselves an outside chance,” he said.

He also shared his vision of the club’s prospects this season. 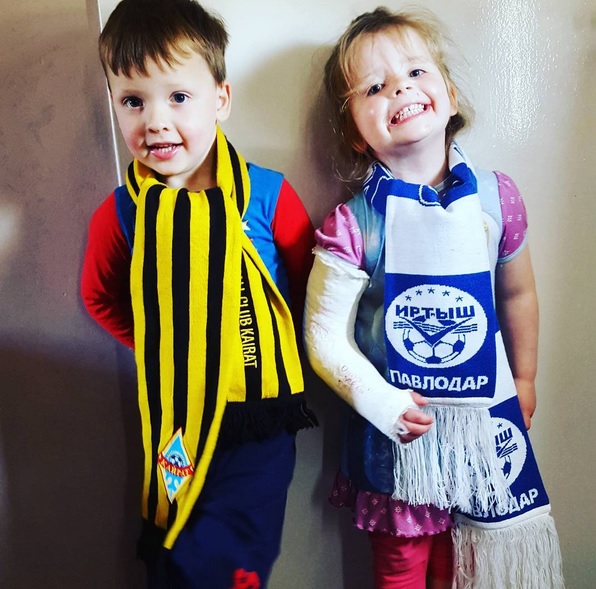 “Everything will depend on the result of the next match against FC Astana. If Astana wins, they will become the champions again. If Kairat wins, there is still hope for them, but Astana will have to slip up, as there are not too many games left to play,” added Hilditch. (FC Kairat has since beat Astana 2:0 in an Oct. 16 game in Astana.)

The Scottish supporter believes the club will retain the Kazakh Cup.

“I believe that Kairat has a great future. They are investing in their infrastructure and especially in children’s football. The facilities at Besagash (the first-team training base) and the Segizbayev and Kvochkin academies are world class (state-of-the-art). Their investment in infrastructure is already being rewarded, with the club’s Under-19s currently flying the flag for Kazakhstan in the UEFA Youth League and they achieved a very good result against Dynamo Tbilisi recently,” he said.

“The Under-21s also won the second division championship this month. I believe that things will only continue to get better for the club and they will eventually compete in the group stages of a European competition. Last season, they were so unlucky not to reach the group stages of the Europa league. I believe the club will become well known around the world,” he added.

Although Kairat is the only club Hilditch supports in the Kazakh Premier League, he does follow other teams.

“When the other clubs from Kazakhstan are competing in Europe, I always want them to do well and progress as far as they can. It is important for the development of Kazakh football and it improves the country’s coefficient within UEFA,” he said.

His favourite player is Bauyrzhan Islamkhan.

“He is a very creative, intelligent and skilful player who also likes to score goals. To be the captain of both your [Kazakh] clubs and country at just 23 years old is a wonderful achievement. I believe he has a big future ahead of him. He most definitely has the talent to play in a stronger league in Europe,” he added. 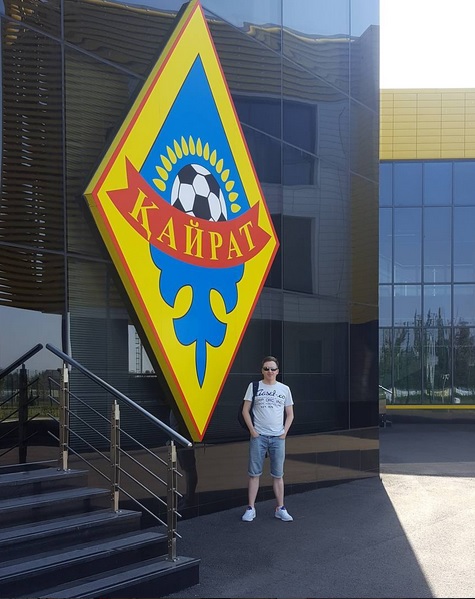 Hilditch has visited Kazakhstan four times, traveling to both Astana and Almaty.

“I think Kazakhstan is a wonderful and beautiful country. The Kazakh people are extremely hospitable. They made me feel very welcomed by everyone. I hope more tourists from the UK and other parts of the world decide to visit. They are certain to depart your country with the same happy memories and positive thoughts that I did,” he said.

Hilditch is also a promoter of the Central Asian nation.

“I take great pride in telling my family, friends and work colleagues about Kazakhstan while showing them photographs from my visits. I’m constantly telling them to go, because I know they’ll enjoy it so much and see a magnificent and truly beautiful country with fascinating people,” he added. 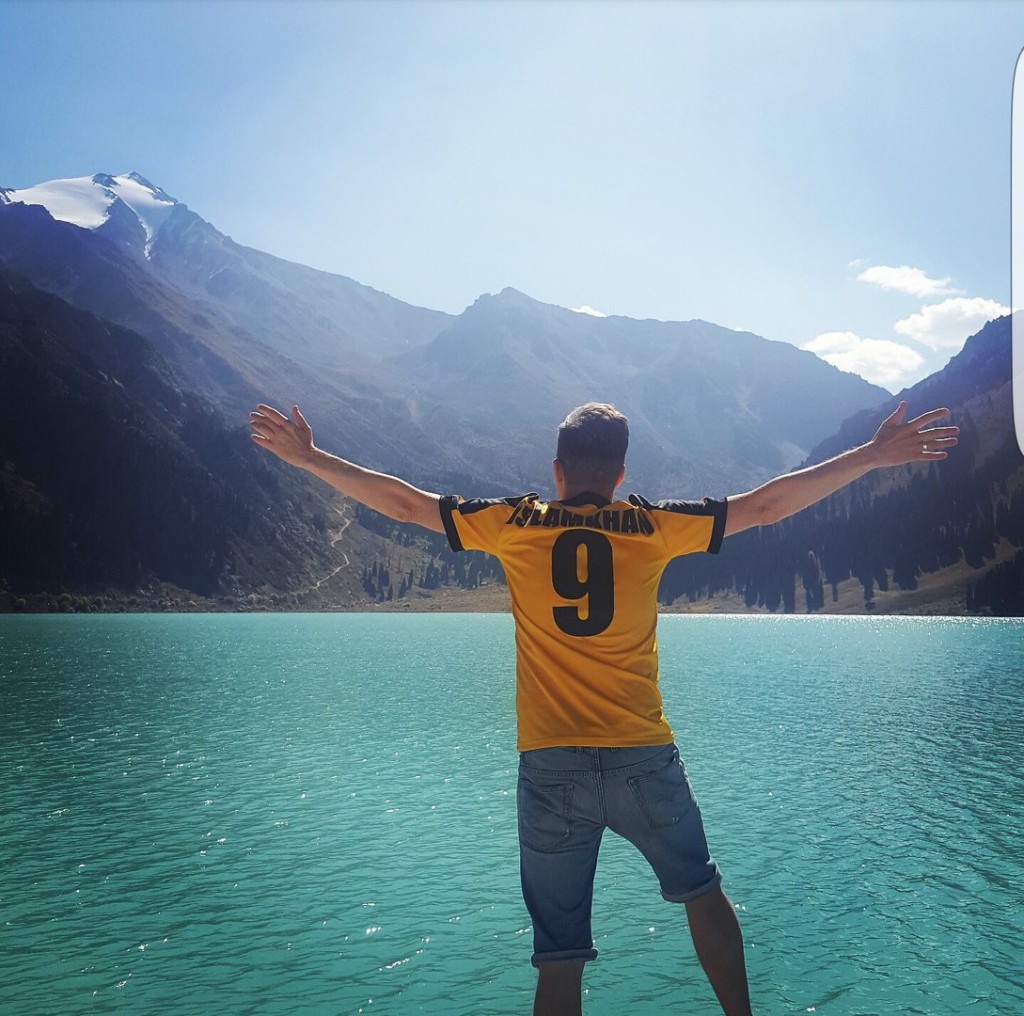 One of the main things Hilditch likes is the culinary fare.

“I really enjoy Kazakh food. Beshbarmak, manty, plov and shashlik are my favourites. I only ever eat local food when I visit. When I return home to Scotland I miss it very much. It’s very delicious. Ote Damdi. (Very delicious in Kazakh). I wish there was a Kazakh restaurant in my home city,” said Hilditch.

People often ask him whether Kazakhstan is a safe country to visit.