By Natalia Ryzhkova in Nation on 22 September 2016

When Pope Francis prayed for peace in Gabon, asking for the rejection of all violence, he also mentioned the beatification of Father Wladyslav Bukowinsky. The Holy Mass on the occasion of the beatification of Father Wladyslaw took place tens of thousands of kilometres from Central Africa – in the Cathedral of the Blessed Virgin Mary of Fatima in Karaganda, Kazakhstan. The city is where the Catholic priest died and is his final resting place. The event was broadcast in 40 countries. 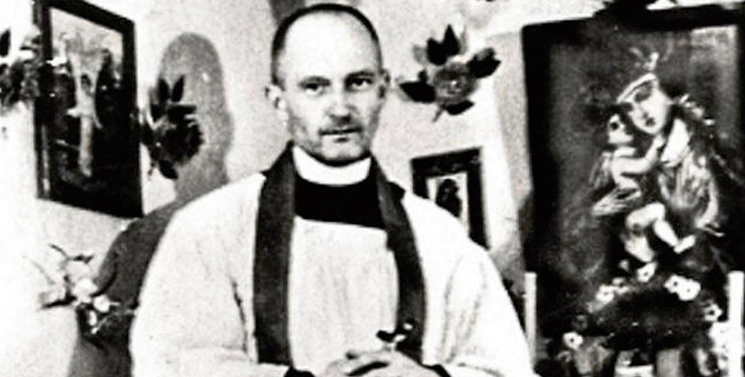 According to the Karaganda diocese, the total number of foreign visitors has exceeded 1,000 people, including embassy representatives from Italy, Germany, Poland, Slovakia, Russia and Ukraine. The ceremony was also attended by more than 150 Catholic bishops and priests from different countries. It was headed by a representative of the Pope, Prefect of the Congregation for the Causes of Saints, Cardinal Angelo Amato.

According to Bishop of Karaganda Roman Catholic Diocese, Adelio Dell’Oro, the Catholic world has waited a long time for the beatification of Bukowinsky.

“The process was started by the diocese of Krakow in April 2004. The second stage was held in Rome. Finally, on Dec. 14, 2015, Pope Francis announced his beatification,” said the bishop. Father Wladyslaw, a Catholic priest, performed his service to God and people in difficult circumstances. Arrested by Soviet authorities in 1940 in Poland, he was sent to the Dzhezkazgan labour camp, part of the Gulag. He was sent to Karaganda for three years of administrative exile after his release from the camp in August 1954. He was obliged to go through mandatory registration in the commandant’s office and work at state enterprises. He worked as a night watchman at a construction site, while secretly keeping up the pastoral care of Catholics who needed him. Pope John Paul II called him a heroic witness and shepherd. Bukowinsky believed in his mission with deep faith. In June 1955, he turned down an offer to return to Poland and took citizenship in the USSR to stay in Kazakhstan. His first 10 years in Karaganda, Bukowinsky called a paradise, exceeding his wildest dreams. He died in Karaganda in 1974.

In 1991, his remains were solemnly transferred to the former St. Joseph Cathedral and then re-buried inside the temple. During the days of his beatification, his hallows were transferred to a new gilded sarcophagus and put on the altar of the crypt of the Cathedral of the Blessed Virgin Mary of Fatima. This is the first beatification organised in Kazakhstan and in Central Asia.

“This is an international event. This holiday of multinationality and religion serves as confirmation of the fact that there are holy men living in Kazakhstan,” said Chairman of the Catholic Bishops’ Conference of Kazakhstan Jose Luis Mumbiela Sierra.

The region’s Catholics were congratulated by Akim (Governor) of Karaganda region Nurmukhambet Abdibekov. Chairman of the Committee for Religious Affairs of the Ministry of Culture and Sports Galym Shoikin forwarded greetings from the head of the Secretariat of the Congress of Leaders of World and Traditional Religions and Kazakh Senate Chairman Kassym-Jomart Tokayev. A message from President of Poland Andrzej Duda was read by head of the President’s office Adam Kwiatkowski.