ASTANA – The Nur Otan Party adopted a new election programme, “Kazakhstan-2021: Unity. Stability. Creation,” during its 17th congress chaired by Kazakh President and the party leader Nursultan Nazarbayev and held Jan. 29 at the Palace of Independence. The programme is based on the Plan of the Nation of 100 Concrete Steps to implement the five institutional reforms. 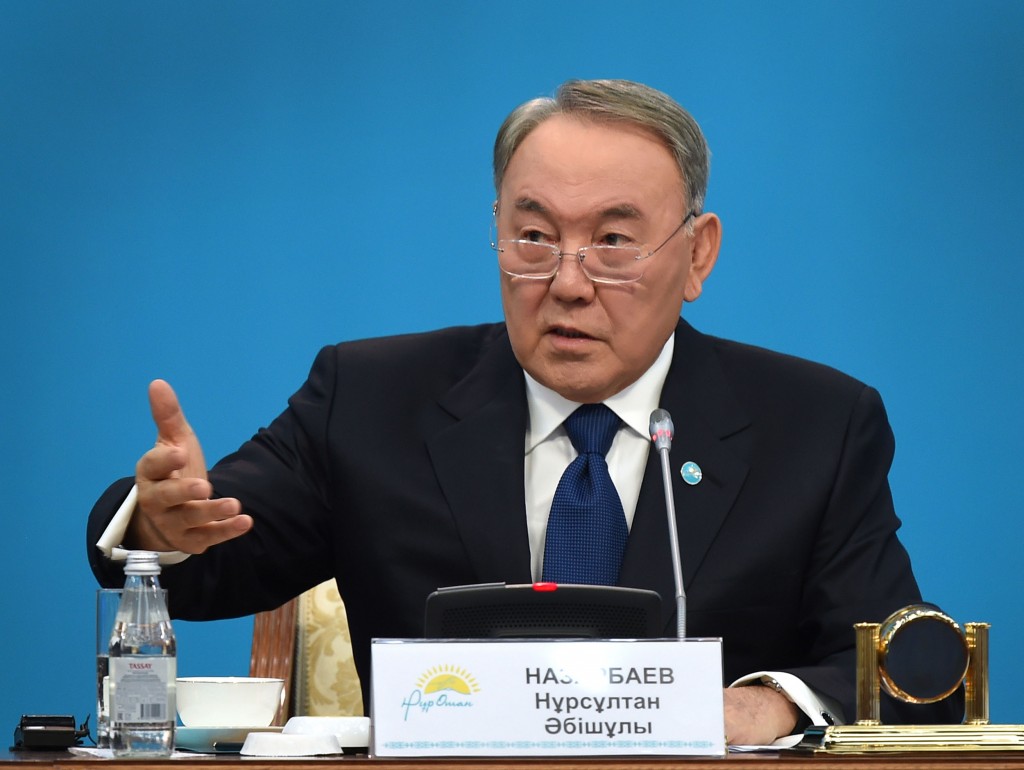 “We support our working population through implementation of the Employment Roadmap-2020 Programme. There is no place for unemployment in Kazakhstan. We have all the resources in place to avoid it,” said Nazarbayev, discussing unemployment problems in the world. “250 million people are unemployed worldwide. 1.7 billion people are capable of working, but only 1.2 billion have permanent jobs.”

He added nearly 400,000 new jobs will be created across the country under the Nurly Zhol programme projects in the upcoming years.

Nazarbayev called the congress a responsible and historic moment. He noted the party must make the necessary decisions on its participation in the Mazhilis (lower house of Parliament) elections, adding its 17-year leadership became the foundation of Kazakh economic and societal achievements. He indicated the total volume of the national economy grew 23 times, 28 new economic sectors have been created over the last six years and 890 new productions started operation. Kazakh companies now produce 400 new types of products and the per capita GDP increased 20 times in 17 years.

The President added the Parliament and government reacted wisely under the conditions of the global economic crisis. He cited state economic accomplishments such as the 1.3-time volume increase in the processing industry, share of Kazakh construction products reaching 72 percent, implementing major infrastructure projects and commissioning 30 million square metres of housing. 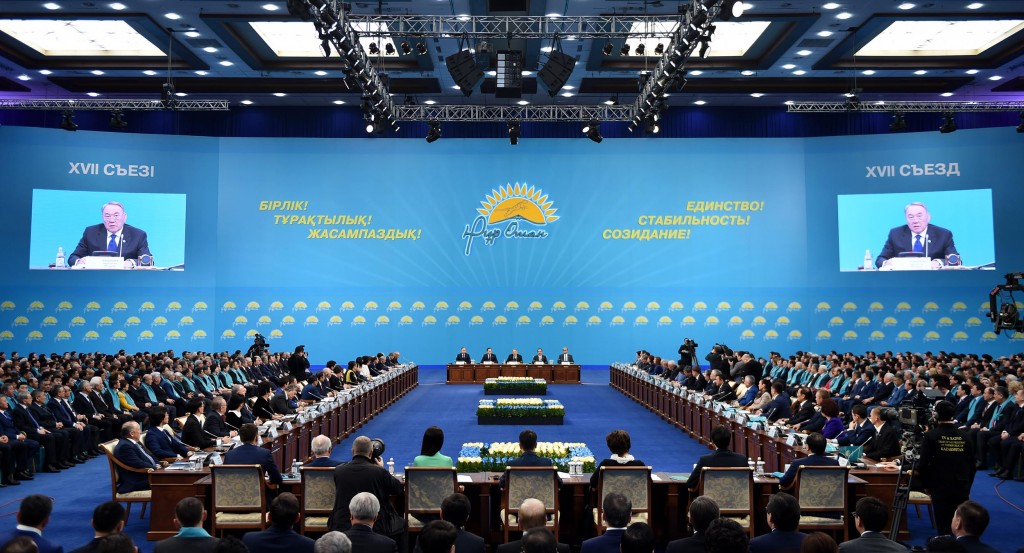 Nazarbayev said the whole world is observing the execution of the five institutional reforms, which requires the state apparatus to work technologically and effectively.

“A new three-stage selection system in the public service has been introduced and a full transition career model work is provided. The legislation excluded the possibility of [so called] team movements. New institutions of the authorised state bodies on ethics and anti-corruption monitoring were introduced for the first time,” he added

Kazakhstan is the first nation activating five institutional reforms based on the Organisation for Economic Co-operation and Development (OECD) standards. This is the key to success, noted the head of the state.

“The fifth reform enhances public accountability. Annual public reports of executives have already been introduced. It increases the transparency of government decision-making. Implementation of the new evaluation system of state bodies started. An absolute goal for Kazakhstan is to achieve an international AAA rating. This is the highest level in the language of global business, which means that all financial obligations of Kazakhstan will be carried out in any economic and financial circumstances that will occur,” he said.

Nazarbayev pointed out the investment ombudsman is working to protect the rights of foreign investors and a visa-free regime for citizens of 19 countries was introduced. The Astana International Financial Centre will get tax benefits for its members and English law.

“The upcoming elections of deputies must pass openly, honestly and in a competitive struggle,” he said at the end of his comments.

The congress was attended by more than 2,000 government officials, heads of national holdings, social activists, professional sportsmen, scientific and cultural figures, representatives of NGOs and youth organisations, as well as foreign diplomats and news media.

At the end of its proceedings, the congress voted to approve the list of 127 candidates to be included on its party list for the March 20 election.

Nur Otan’s new party list includes only 33 out of 83 former members of the Mazhilis, while the remainder is composed of top government officials, prominent sportsmen such as Ilya Ilyin, Gennady ‘GGG’ Golovkin and Serik Sapiyev, as well popular singers such as Kairat Nurtas and Zhanar Dugalova. It also includes several business executives such as Ivan Sauer, the founder and owner of Rodina dairy conglomerate.