ASTANA – Kazakh alpinists raised Kazakhstan’s state flag at the peak of Antarctica on the country’s Dec. 16 Independence Day, according to the Kazakh Geographic Society.

“A special gift was made to all Kazakh people for Dec. 16. The state flag was set at the highest point of Antarctica – Mount Vinson (4,892 metres) for the first time in the country’s history, on Kazakhstan’s Independence Day,” KazGeo reported.

Experienced alpinists Magzhan Sagimbayev and Ilyas Galimbekov took part in the expedition. They performed a speed climb on Vinson Peak in spite of changing weather conditions that were changing the schedule several times. Before the storm, when every day is counted, climbers had to wait until the haze and snowfall passed for several days at lower camp. 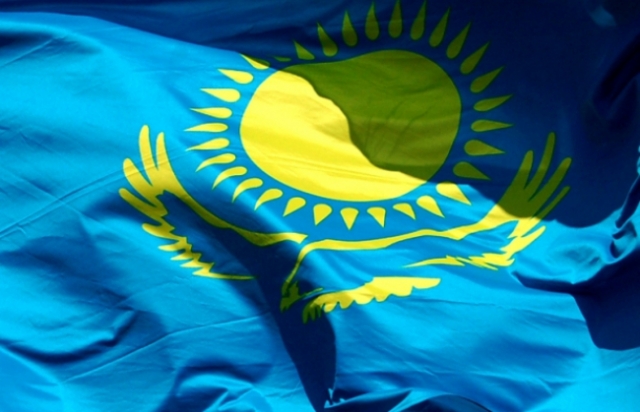 “We were physically and morally preparing ourselves for half a year for this climb. We were ascending while on a huge emotional uplift. It is one thing when you climb for yourself and you have completely different feelings when you do it for your country. I feel proud for myself and Ilyas for us managing to make such a present on Independence Day for all Kazakh people,” said the leader of the expedition team and head of the regional office of Qazaq Geography in Almaty Magzhan Sagimbayev.

Galimbekov noted that climbing was not easy due to weather conditions.

“And now while standing on Peak Vinson, I am thankful to myself and my partner for making this happen. Thank you all who supported us all this time!” he concluded.

This is the first level of this expedition. A second phase is expected to launch soon. Sagimbayev, Galimbekov, Yuriy Yushin and researcher Daulet Sharipov who will be a doctor for the team will go for a ski expedition to the South Pole. They will have to endure 217 kilometres of travel.

“First of all, this is an entirely ecological expedition because participants will be travelling on skis and not cars that pollute the environment. Secondly data gathered by researches during the expedition will create solid foundation for future research in polar studies. The expedition will also bring strong impetus for Kazakhstan to make an offer for setting first Kazakh scientific research station in Antarctica,” Chair of the Governing Council of the Kazakh Geographic Society Kanat Baigarin noted.