By Malika Orazgaliyeva in Nation on 26 January 2016 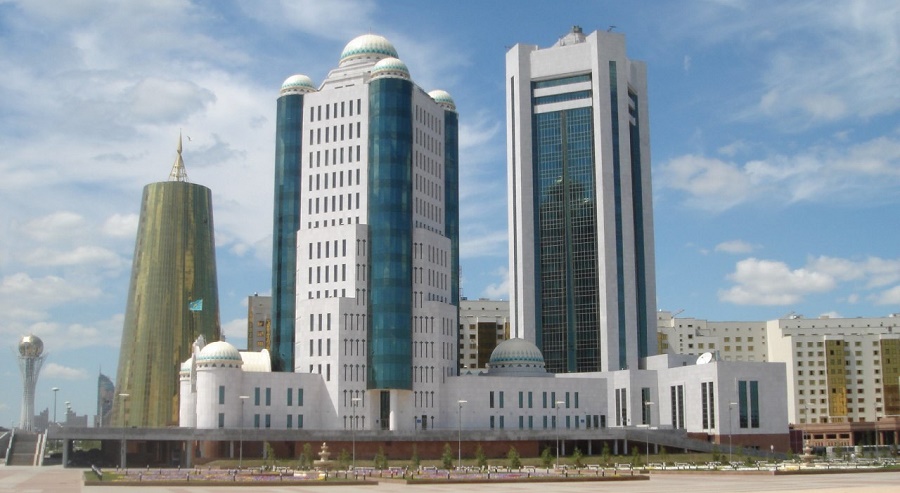 Candidate nominations from the political parties, which began Jan. 20, will continue through Feb. 8.

In accordance with a Jan. 21 Nur Otan statement, the party chaired by Nazarbayev will hold a 17th party congress Jan. 29 in the city. The head office in the capital and its branches were instructed to start all necessary arrangements in preparation for the congress, which is expected to adopt the party’s new electoral programme, as well as approve its slate for the Mazhilis election.

Ak Zhol Party will hold a congress Feb. 3, according to its website. The party had eight deputies in the last Mazhilis convocation.

The Azat Party will probably not participate in the election, said Deputy Chairman Marzhan Aspandiarova, reported Vlast.kz. Its members do not see the point in spending resources, considering the election is “another appointment” of deputies, she claimed.

“Our participation does not make a sense. Of course, we have a lot of people in the regions who are quite active, but as a party we probably will not take part,” added Aspandiarova.

The Communist People’s Party of Kazakhstan (CPPK) announced its intention Jan. 21 to participate in the upcoming election, reported interfax.kz.

“The CPPK has never missed any elections. Since 2004, we have participated in all parliamentary and presidential elections,” said CPPK leader Vladislav Kosarev.

“We hope that over the years [our party] group [in the Mazhilis] showed the political course of our party. The experience of work in the Parliament also demonstrates that our group knows how and wants to defend the interests of ordinary people. We hope the party will again send people to Parliament who will continue doing things that we began,” he added.

Kosarev noted the CPPK is planning to hold a party congress before the end of January.

The Nationwide Social Democratic Party (NSDP) will hold a party congress in the near future to determine if it will take part in the election, said NSDP Press Secretary Maksim Andryushin in a Jan. 21 statement. There are both supporters and opponents of the party’s participation in the election, he added.

The Birlik (Unity) Party is planning to hold a Feb. 2 party congress, said Deputy Chairman Tulegen Kuanyshev in a Jan. 22 announcement. He noted the congress will discuss six questions, including its list of candidates for election, reported interfax.kz.

In 2012, 5.2 billion tenge (US$13.6 million) was spent on the early election of the Mazhilis and maslikhats deputies, Turgankulov added.

According to Senate (upper chamber of Parliament) Chairman Kassym-Jomart Tokayev, the chamber will direct all its efforts towards holding united legislative activities during the early election process. He added the decision is a timely one, because the Mazhilis needs to forge a new mandate of the people’s trust to begin implementing the tasks facing the country.

By law, there are 107 deputies in the lower chamber, 98 of whom are elected by popular vote. The remainder are delegated to the Mazhilis from the Assembly of the People of Kazakhstan, a constitutional body formed in 1995 to bring together representatives of all the nation’s ethnic groups.

CEC adopted a resolution Jan. 22 on the activities of foreign observers during the early election. The observers from other countries and international organisations will need to pass accreditation under Kazakhstan’s Foreign Affairs Ministry before March 14.

Turgankulov announced Jan. 25 the dates to begin the candidates’ campaigns.

Turgankulov also noted all pre-election campaign materials must be paid from the parties’ election funds and the financing sources must be indicated.

There is a mandatory election fee for the candidates, according to CEC Deputy Chairman Vladimir Foos. The political parties must contribute 15 minimum wages (342,885 tenge [US$898.66]) for Mazhilis deputies and 5 minimum wages (114,295 tenge [US$299.55]) for maslikhat deputies.

All party candidates are required to submit an income declaration as of Jan.1, he added.