By Staff Report in Central Asia on 22 February 2019

ASTANA – The Karaganda region began large-scale transition to green technology by opening a solar power station in Saran, the largest such facility in the Central Asian region. 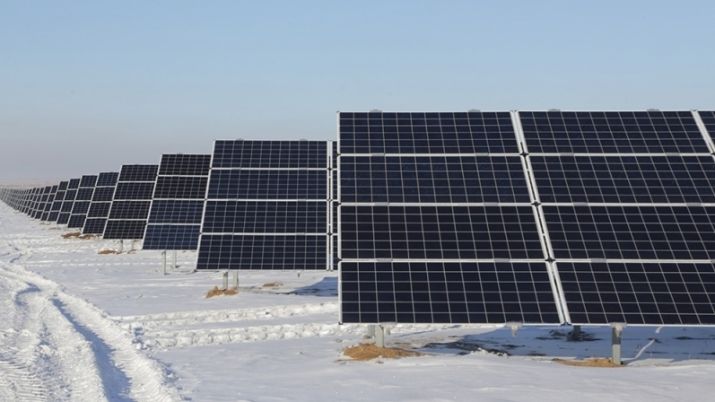 “The head of state set us a task to bring the share of alternative energy up to 30 percent by 2030. Today, we have taken a big step towards achieving this goal. The solar power plant launched today has 100 megawatt power. To understand the power, this energy will be enough for 10 small cities. I’ll add that two more solar power stations with a total capacity of 90 megawatts are under construction in our region,” said Akim (Governor) Yerlan Koshanov on Jan. 23.

The plant has 307,000 voltaic panels on ​​164 hectares which will convert the sun’s energy into electricity, according to the region’s administration press service.

The panels, manufactured without metal borders, are part of the latest generation of solar cells. As a result, they do not accumulate snow and rain flows to the ground without harming them. The panels, which have a 40-year life expectancy, will even be able to generate about 10-15 megawatts of electric energy in cloudy weather.

The solar energy plant is a completely private project, as a group of European companies has invested $137 million. A substation was built and all electric lines installed to insure the panels operate in the most efficient manner.

Minister of Energy Kanat Bozumbayev, who participated in the opening ceremony, called on investors to build wind power plants as well.

Koshanov noted 33 large investment projects worth one trillion tenge (US$2.7 billion) are being implemented in the region. Seventeen projects are being executed with foreign participation and some of the investors have already expressed a desire to continue cooperation with Kazakhstan.

European investors signed a memorandum with the Karaganda region’s administration, confirming a $500-million investment to develop alternative energy sources in the coming years.

“With this money, we are planning to build another three-four large green energy facilities. We have already offered a number of projects to our European partners. We are confident in the fruitful cooperation with the local authorities, since all conditions for investors have been created here,” said Jan Sonnenshein, representing the Sonnenenergie group of investors.

The enterprises will create more than one hundred new jobs in the region, according to investors.