The World Skills Kazakhstan-2016 competition organised by the Kazakh Ministry of Education and Science and Kasipkor national holding officially opened Sept. 12 in Astana. 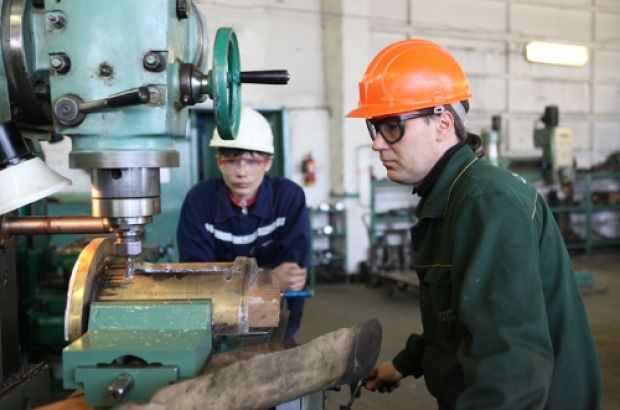 World Skills is an international non-profit movement among 75 countries to promote the benefits of and need for qualified professionals through competitions, joint projects and shared experiences.

One hundred and forty participants from 16 regions of the country have come to the capital to take part in the event. The competition has 15 categories, such as gastronomy, restaurant service, confectionery and hairdressing. The winners will be included on the national team and defend Kazakhstan’s honour in the European tournament in Switzerland.

“We are happy to open our favourite World Skills Kazakhstan competition on the first day of Qurban Ait holiday. We hold the competition for the second year in a row. I want to thank Kasipkor national holding, the National Chamber of Entrepreneurs and all those who helped this important event to happen. On behalf of Minister of Education and Science of Kazakhstan Erlan Sagadiev, I wish success to all of you,” said Vice Minister of Education and Science Ministry Elmira Sukhanberdiyeva.

Kazakhstan became the 70th country of the World Skills Competition in 2014. Holding Kasipkor, a vocational and technical education company, was chosen in July 2014 to be the national operator of the World Skills Kazakhstan project. The first regional championship was held the following year in February in the Akmola region, where young people between the ages of 18-22 competed in specialties such as turnery, welding, cooking, hairdressing, IT management systems and brick masonry. Based on the results, Holding Kasipkor chose the national team, which represented Kazakhstan in an international tournament last year in Aug. 12-15 in Sao Paulo, Brazil.

“I think that vocational and technical sphere professions, such as cooking, welding, and hairdressing are now becoming popular today. All students try to improve their skills and learn more,” said participant Alina Keldikulova.